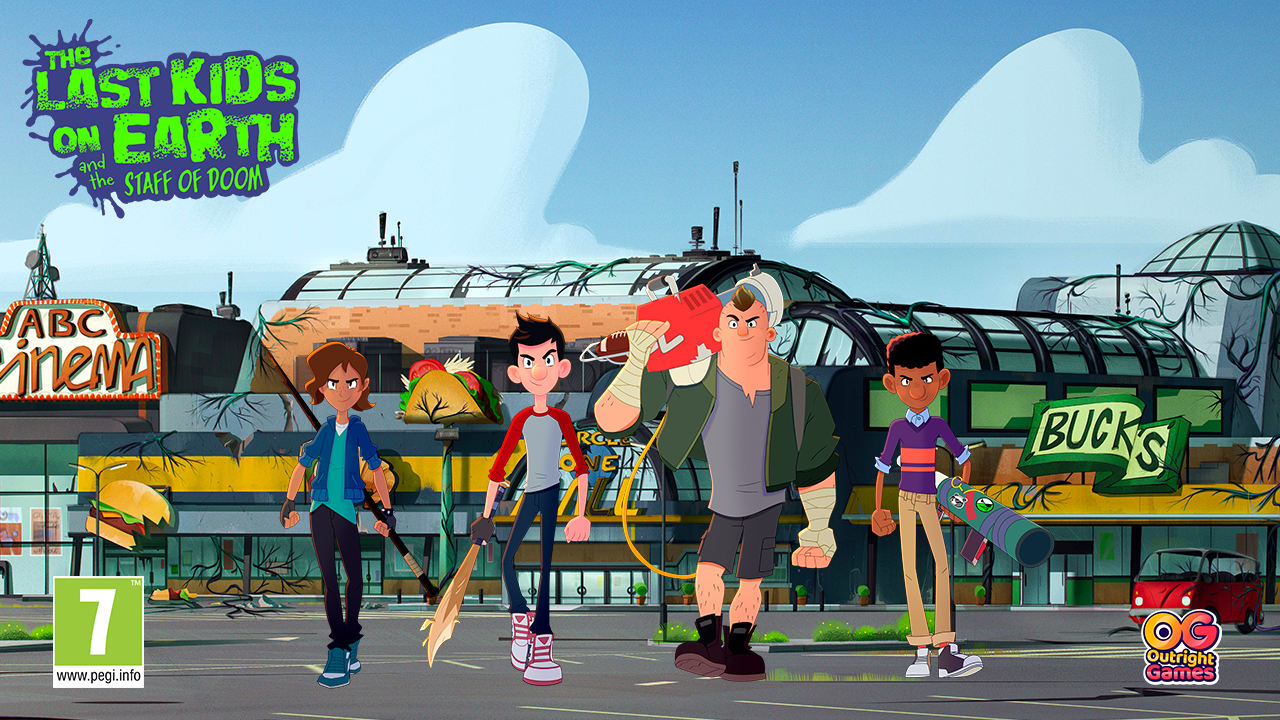 The Last Kids On Earth and the Staff of Doom video game launches June 4th, 2021

Outright Games, the leading global publisher of family-friendly interactive entertainment, together with Atomic Cartoons (the Kids and Family Division of Thunderbird Entertainment), and development studio Stage Clear Studios, have announced a June 4, 2021 release date for the upcoming kid friendly zombie and monster action video game The Last Kids on Earth and the Staff of Doom. The production partnership is managed by Atomic Cartoons’ worldwide agent for merchandise, licensing and video games, Cyber Group Studios.

This new action adventure is set in the best-selling, Emmy award-winning universe of The Last Kids on Earth, and will be available June 4, 2021 on Nintendo Switch™, PlayStation®, Xbox and Steam. Fans can check out a newly released story trailer that illustrates how the game begins.

In The Last Kids on Earth and the Staff of Doom, fans can immerse themselves in an all new story, exploring the massive town of Wakefield and taking on hordes of zombies. Play as the series’ legendary heroes Jack, Quint, June and Dirk, as they search for the missing pieces of the ultra-powerful ‘Staff of Doom’ and try to overcome Malondre, the Queen of the Slime Monsters, as she seeks to summon Rezzoch, the Ancient Destructor of Worlds. At launch, players will be able to jump into 1-4 player offline couch co-op mode, which will soon be followed by a patch that will add online multiplayer functionality.

Terry Malham, CEO of Outright Games: “We are delighted to reveal more details about this exciting original story that serves as the backdrop for our interactive addition to the amazing universe, of The Last Kids on Earth. Our partnership with Cyber Group Studios has allowed Outright Games to work on some of the most exciting kids’ entertainment franchises in the world today. The Last Kids on Earth has proven to be a perfect fit to adapt into a video game, and along with our partners at Cyber Group, Clear State and Atomic Cartoons, we’re confident that fans and newcomers alike will fall in love with what we’ve got in store for them”.

The brand-new game is based on The Last Kids on Earth book series from Penguin Random House, which has sold more than five million copies in print around the world, in addition to being named to numerous best-selling book lists such as The New York Times, USA Today, and The Wall Street Journal. A new Last Kids graphic novel, “Thrilling Tales from the Treehouse” was also published on April 6th 2021, which includes six brand new short stories by Max Brallier, and full-color art by Anoosha Syed, Xavier Bonet, Lorena Alvarez, Jay Cooper, Christopher Mitten and The Last Kids on Earth series illustrator Douglas Holgate.

Max Brallier, Author of best-selling book series, Netflix Series Creator: “We started with books, then went interactive on Netflix, and now fans of the Last Kids on Earth have the power in their hands to fully control the fates of Jack, Quint, June and Dirk as they take on the greatest foes ever faced in their battle to save the world.   The world of The Last Kids on Earth just keeps on growing, and I can’t wait to see how readers, viewers and gamers around the world respond to the next exciting chapter in the journey of these beloved characters.”

In addition to the best-selling books, an animated Last Kids Netflix series premiered in 2019 with a 66-minute special that won an Emmy Award for “Best Special Class Animation Program.” It was followed by two additional seasons in 2020, and a special interactive episode entitled “Happy Apocalypse to You” started streaming on April 6th 2021. To produce the interactive episode, Atomic Cartoons leveraged interactive Netflix technology that requires viewers to make choices using their remote control to advance the story.

IP rights for The Last Kids on Earth were acquired in 2017 by Thunderbird Entertainment Group, the parent company of Atomic Cartoons. In addition to the Netflix series and video game, Atomic also has launched a toy and merchandise line based on the series with Jakks Pacific, and a T-Shirt line with Hot Topic.

Matthew Berkowitz, Chief Creative Officer, Atomic Cartoons and Thunderbird Entertainment: “We are thrilled that The Last Kids on Earth and the Staff of Doom is only a few short months away from release! It’s been incredible to see this completely original story, with brand new series villain Malondre, come to life in such an epic fashion! We can’t wait for fans around the world to play as Jack, June, Dirk and Quint. Outright Games and Stage Clear Studios have done a phenomenal job bringing our heroes, monsters, zombies and the town of Wakefield to life for an absolute romp of a time. They have truly delivered a wholly unique Last Kids experience!”

The Last Kids on Earth and the Staff of Doom releases on June 4, 2021 on Nintendo Switch, PlayStation, Xbox and Steam.

The Last Kids On Earth and the Staff of Doom video game launches June 4th, 2021
close 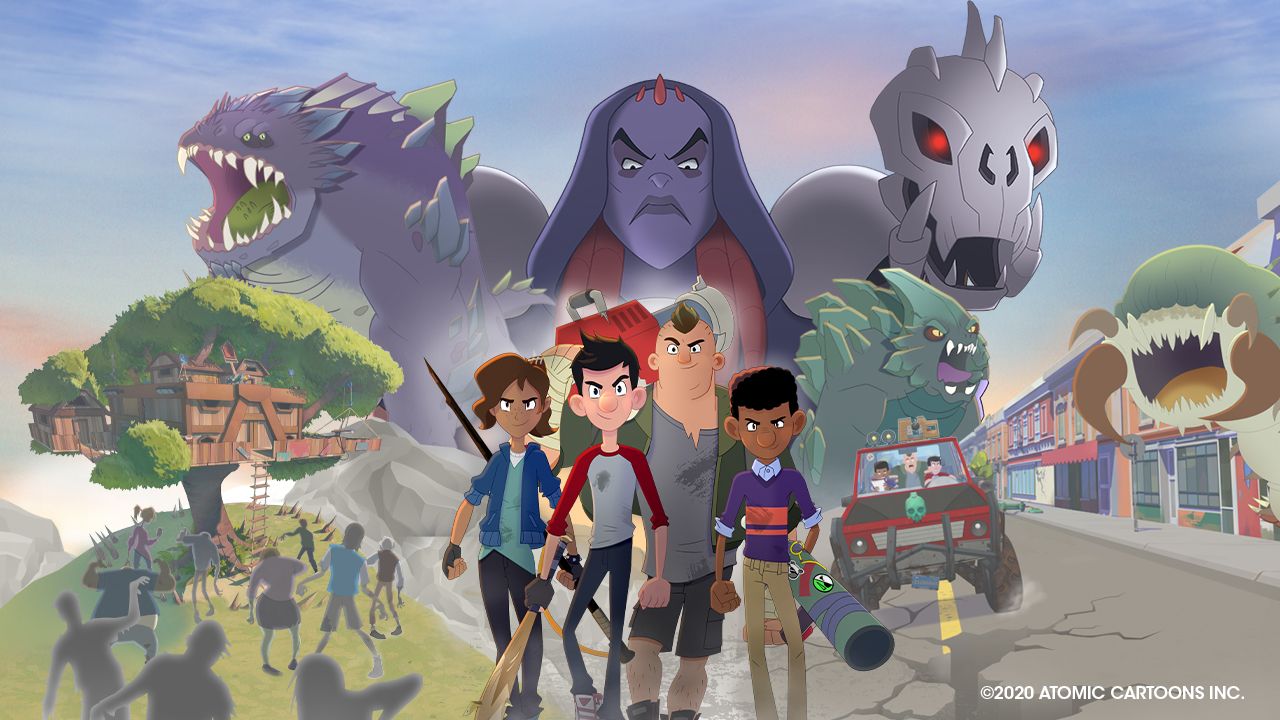 THE LAST KIDS ON EARTH AND THE STAFF OF DOOM

Time to gear up as Jack, Quint, June and Dirk in a search for the missing pieces of the ultra-powerful Staff of Doom! 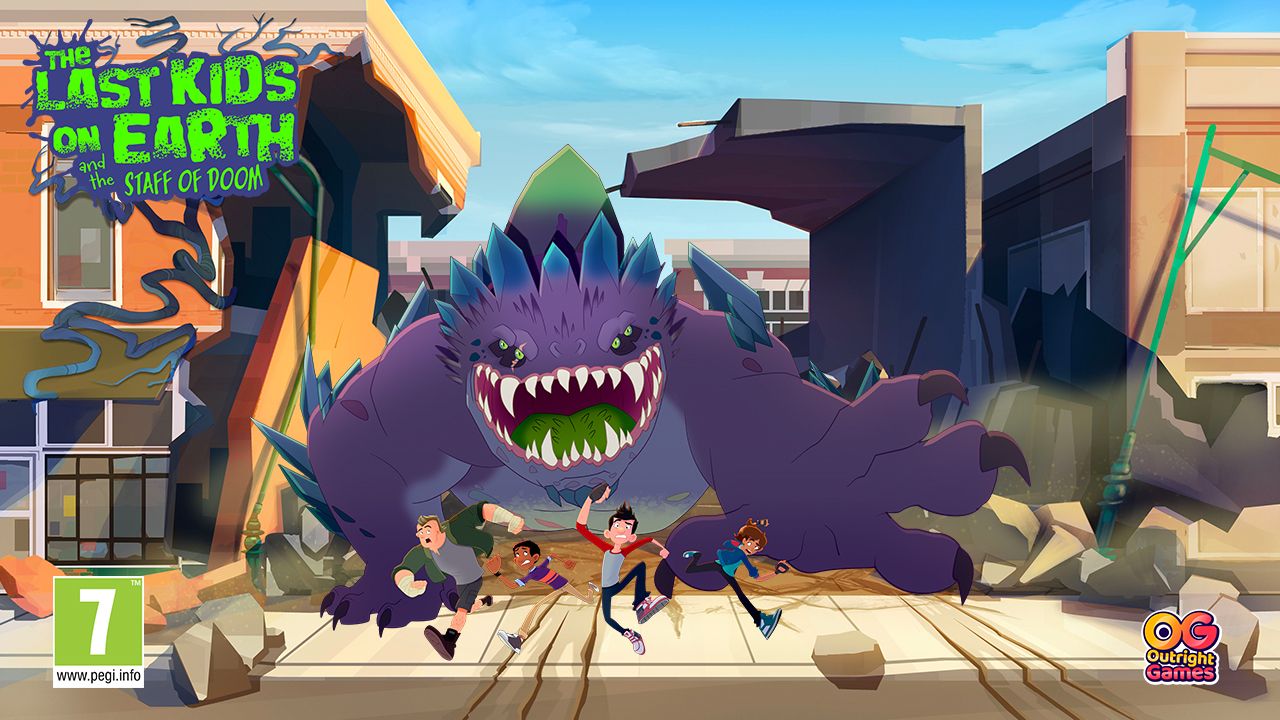 ‘THE LAST KIDS ON EARTH AND THE STAFF OF DOOM’ releases on consoles and PC today!

The Last Kids On Earth and the Staff of Doom video game launches June 4th, 2021 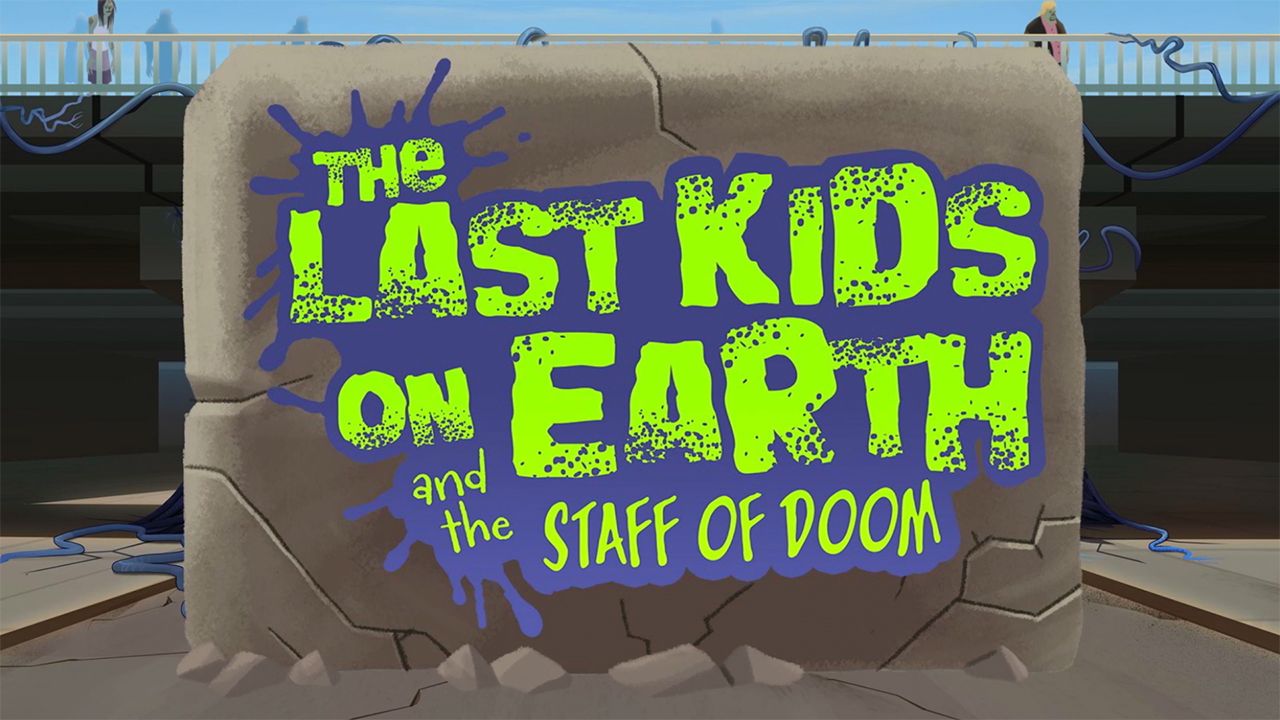