THE DARK PICTURES ANTHOLOGY: THE DEVIL IN ME Curator Diorama

Welcome to the Curator’s Repository - the most welcoming place in the Anthology!

After the success of the House of Ashes diorama, we wanted to present a similar treat for our next Dark Pictures game: The Devil in Me. What would be a fitting memento to celebrate the season finale? Of course, there was only one answer: The Curator and his Repository! 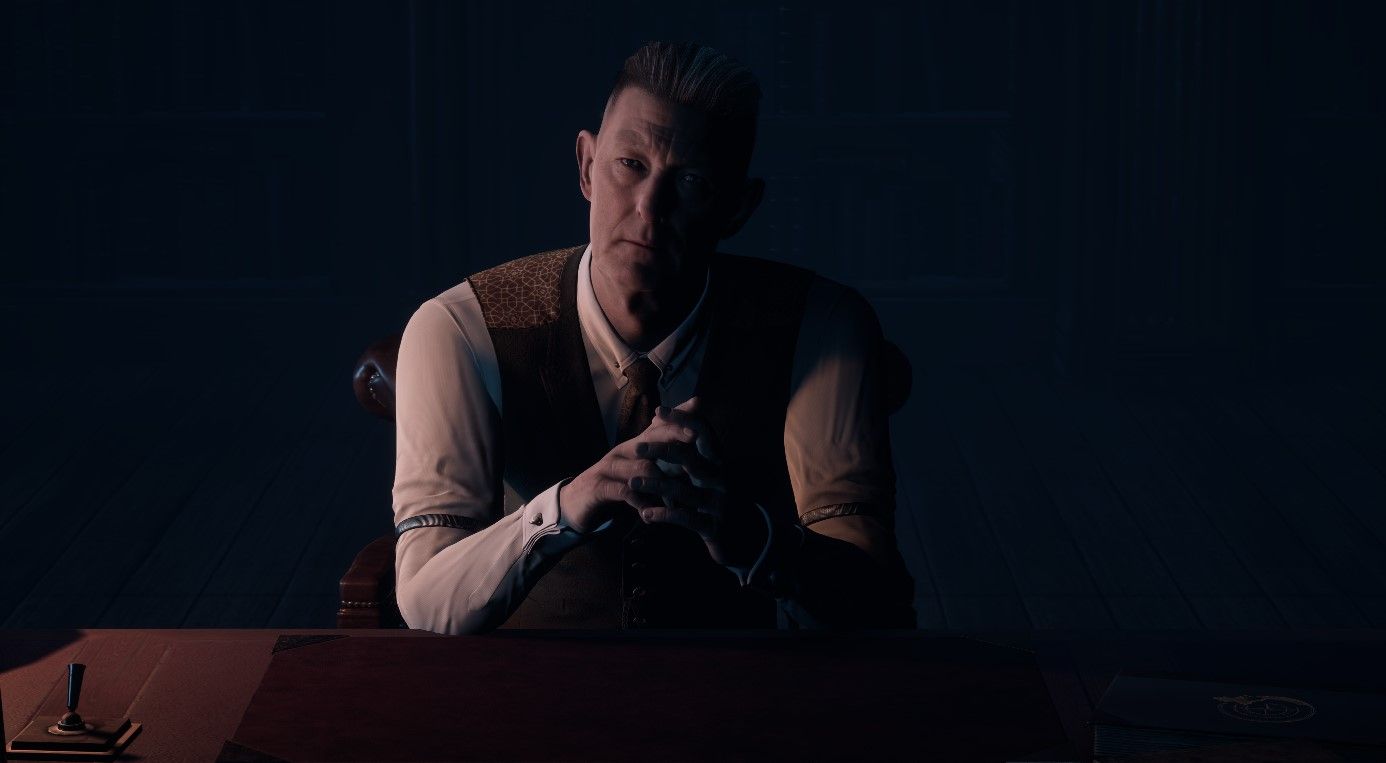 In-game capture of the Curator in his office

The Curator is your guide through every game in the Anthology. His mysterious repository holds dozens of rare and terrifying tales: when he pulls a book from its shelves, your story in each game begins. As you play through the Curator’s stories, he cautions you about the crucial life or death decisions you are making and alludes to the dire outcomes of your actions: in his words, ‘there are always consequences!’.

Right from the start of each game, the Curator sets the tone for the story to come, marching through the ghostly picture-lined corridors of his secret workplace, before arriving at the repository itself. Here, in this quintessentially traditional study, surrounded by endless tomes and curiosities, he guides you through your journeys into unknown realms of death and terror.

During his interventions, the Curator sometimes paces the room, offering us glimpses of other areas within his repository. But, most often, he sits behind his desk watching, observing, and taking notes. These moments serve as interludes, moments to give your pounding heart a break, as you step back from the panic and terror you’ve witnessed. Indeed, you’re guaranteed to see him soon after a character dies, to offer an acerbic remark, or very occasionally, some kinder words of guidance.

And so here we have it: your very own iconic version of the Curator’s repository, serving up its dark charms and allure of things to come…. 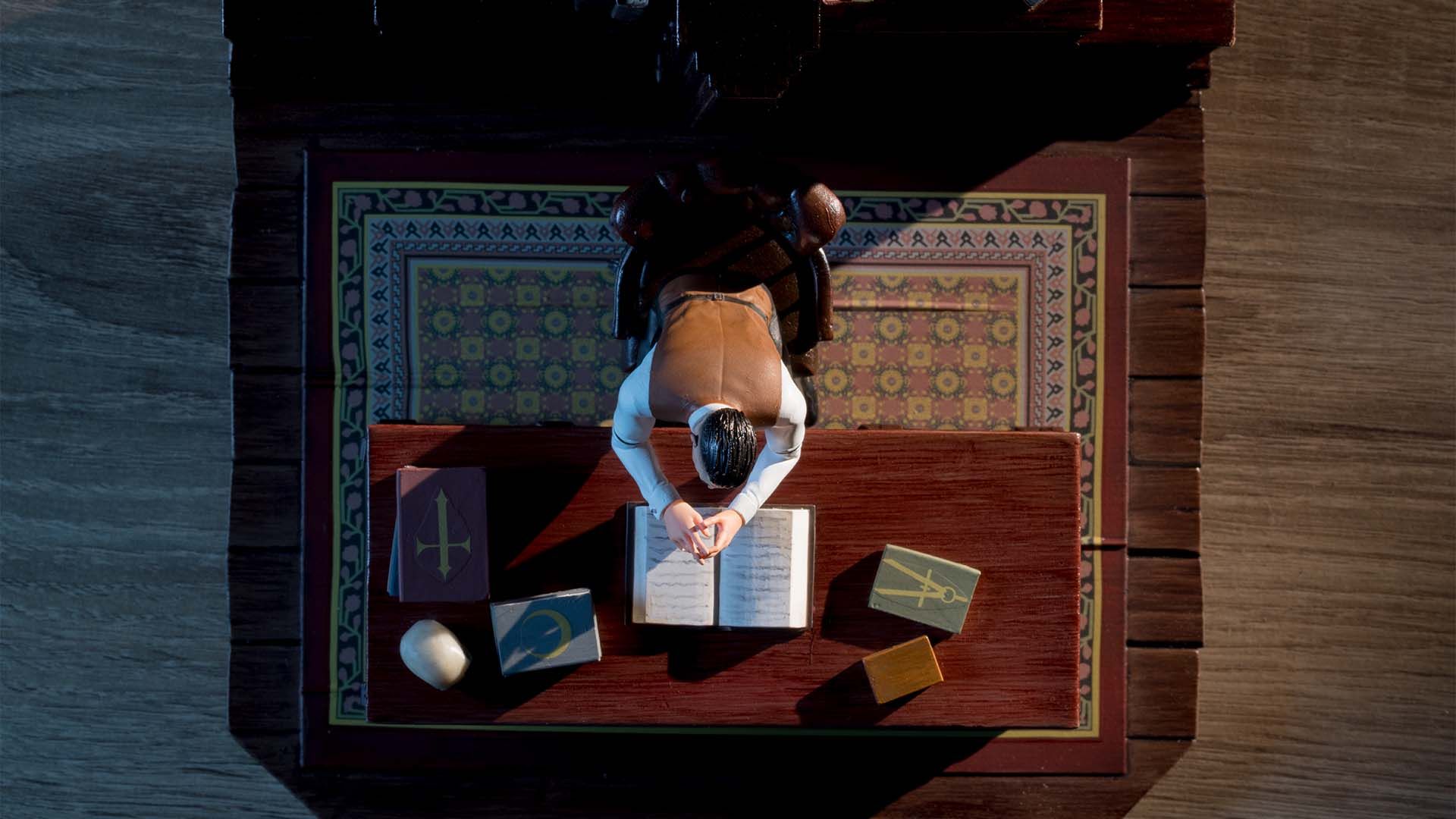 The diorama seen from above

What do we know about the Curator?

The Curator is the only character who appears in all The Dark Pictures Anthology games. He is all-knowing and appears to be timeless, possessing mysterious knowledge of each story to come. His role is not to intervene directly in the events that face you, but instead to record your progress through each story. He often gives the impression of wanting to do more, but somehow, he is not allowed – though at times he will bend the rules to offer some thinly veiled hints to help you navigate the horror to come.

The Curator has a sartorial elegance and wears the same classy bespoke three-piece suit. He has a British accent, but his true origins and background remain a mystery… for now.

The conception of the diorama

In this model, we have immortalised one of the Curator’s most iconic scenes. We wanted to reproduce every single realistic detail: the original room has been fully modelled in 3D, including the library and even the skull on his desk. The Curator can be seen behind his desk, slightly hunched over with his famous quizzical look. Alert, hands crossed, he seems ready to share something, but are you ready to listen?

Every care has been taken to remain faithful to this iconic scene, from the carpet patterns to the symbols on the books. After all, the devil’s in the detail… Isn’t it? 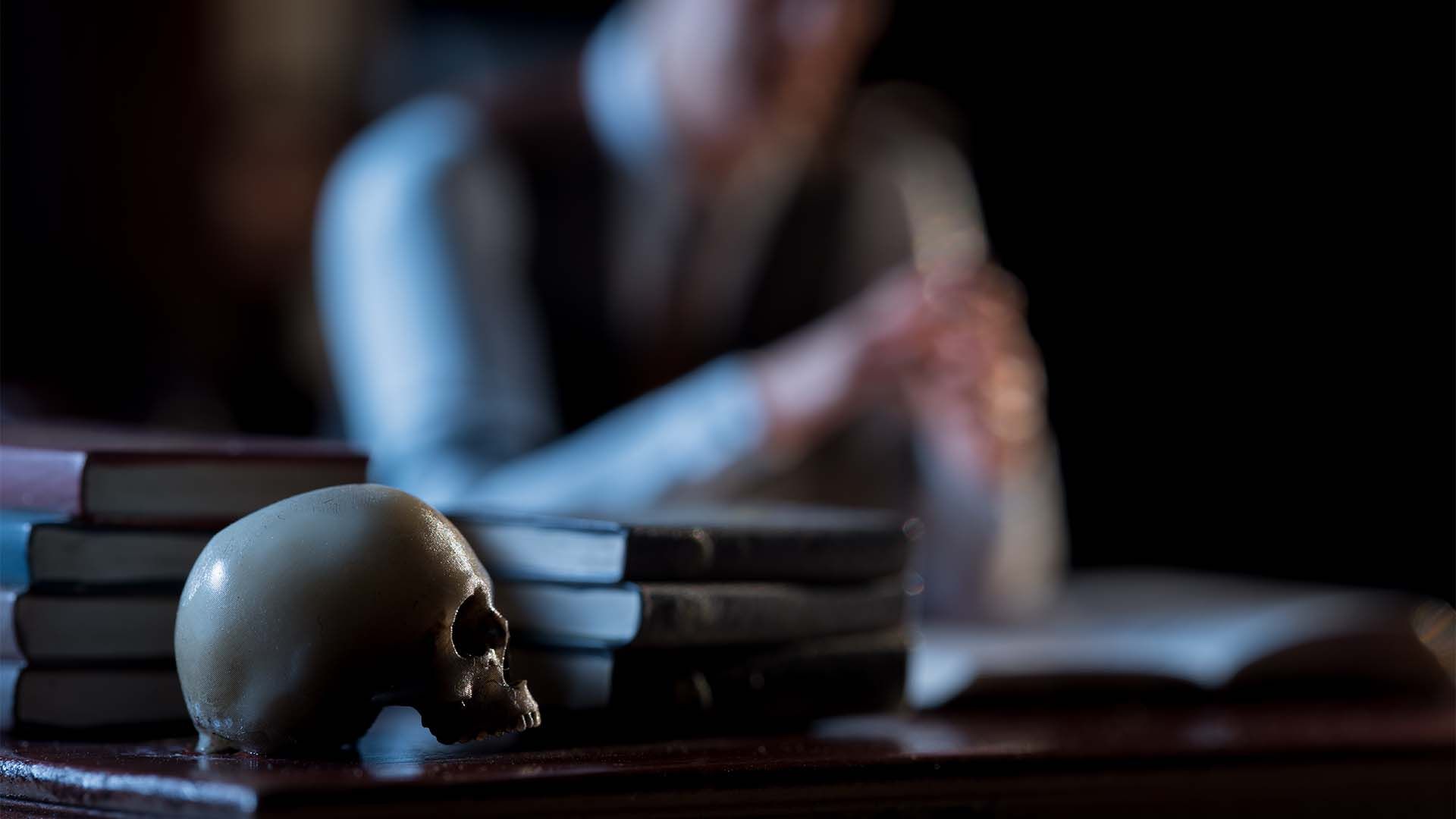 The books and the skull on the Curator's desk

Behind the library, a message is written:

In some ways I envy you.
I only record events.
You get to shape them.

Several views of the prototype and final version

To pay tribute to this beautiful place, each figurine is hand-painted. The material is a high-quality resin.

This diorama is a very limited edition with only 999 copies and it’s a Bandai Namco Official Store exclusive.
Release: November 2022.

THE DARK PICTURES ANTHOLOGY: THE DEVIL IN ME Curator Diorama
close

A series of stand-alone branching cinematic horror games from the studio behind Until Dawn. Easy to pick-up and play in short sessions, alone or with friends. The Devil in Me is the fourth game in the series and the Season One finale.

15
See more news!
Please confirm that you are over 18 years old to continue