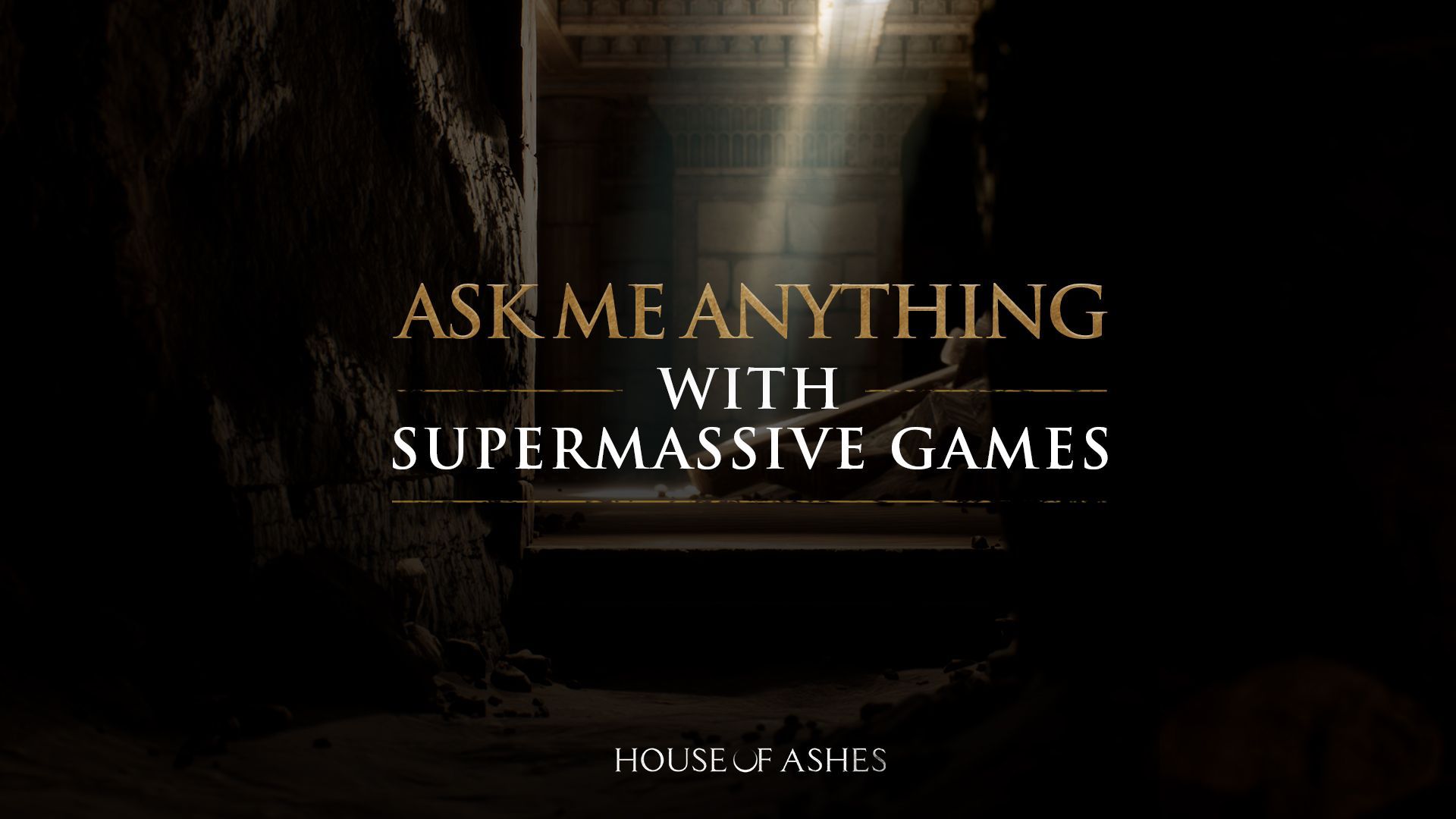 House of Ashes: Ask me Anything with Supermassive Games

On September 15th, fans of The Dark Pictures Anthology were able to ask Will Doyle (Game Director) and Dom Ireland (Production Director) questions about House of Ashes during a Reddit AMA (Ask Me Anything).

Here are the answers to some of the community’s most burning questions:

There are non-playable characters such as Merwin, Joey and Clarice who are savable and their lives have an effect on the story, an idea unique to House of Ashes, but how come, say, Jason and Nick are playable as opposed to Merwin or Clarice? (RedSon5)

We always want to have five playable characters. It’s a magic rule for us for the anthology! Our games are very much geared around that now. Those five are hooked into the relationships/traits system, and must adhere to the “everyone can live / everyone can die” rule. The NPCs can still be meaningful, but keeping them alive is usually only important for vital turns in the story (I sometimes think of them as keys, in that respect). Sometimes, we can force their deaths for dramatic effect, which is obviously something we can’t do with player characters. – Will Doyle

For House of Ashes, did you get to visit the locations for the setting? (Thatbrownmonster_)

Sadly not! But eagle-eyed fans who visit the British Museum in London will be able to see the real-life counterparts of several of our in-game objects! – Dom Ireland

Has the feedback on Little Hope's branching and story variation (or lack thereof) brought about any changes in House of Ashes' branching system and replayability? (_Ferret_)

Our games will always have different templates. Some may be much more variable, like Man of Medan, while others may be more streamlined, like Little Hope (and House of Ashes, to a degree). The important thing to stress is that there is no right answer here – really, it’s all down to the story. The story always wins. If we think a story deserves three distinct endings, we’ll try to make it happen. If it works better coming to a single, dramatic conclusion, we’ll do that instead. Obviously there are very important technical considerations — you only have so much butter to spread over your bread! — but we’re getting a lot better at planning and costing our games before committing, to ensure the best result. – Will Doyle

Will we get to learn more about the Curator and his background with each instalment? (CaptainMcSwan)

Yes, indeed, although it’s a slow burn! Each instalment introduces something new. We’ve learned that he has this vast collection of dark, sinister stories, with each story concerning life and death. He follows you, watching and observing, and his pictures offer hints about what might come. Why does he do this? He can’t determine the outcome of each story – that's your job - but he can offer hints. Is he even allowed to do that? We know he has rules, he’s part of some grand system, but he isn’t afraid to break these from time to time. Will this get him into trouble? Does he even care if it does? Keep an eye out for how House of Ashes hints at more. – Dom Ireland

Will we get any LGBT characters or a female majority? (KateDensonIsBae)

Yes, 100%, watch this space! We’re a very diverse studio and firmly believe that representation is important in our stories. We haven’t featured LGBTQ+ characters in the anthology so far, but future titles certainly will. – Dom Ireland

Hungry for more? Dig deeper into the AMA on Reddit: https://fcld.ly/tdpama

House of Ashes will release on October 22, 2021 on PlayStation®4, PlayStation®5, Xbox One, Xbox Series X|S and PC and is available for pre-order now.

House of Ashes: Ask me Anything with Supermassive Games
close

THE DARK PICTURES ANTHOLOGY: THE DEVIL IN ME Curator Diorama

The Dark Pictures Anthology: The Devil in Me reveals its distressing location in a…