Discover the amazing track list for Taiko no Tatsujin

Because when talking about rhythm games, what really matters are the song choices. Taiko no Tatsujin will feature a lot of popular tracks – all presented in classic Japanese style to bring the truest arcade experience to homes.

Taiko no Tatsujin: Drum ‘n’ Fun! for Nintendo Switch is including the mythical “CHA-LA HEAD-CHA-LA” from Dragon Ball Z, “How Far I’ll Go” from Moana or even classical songs such as the “Turkish March” composed by Beethoven. 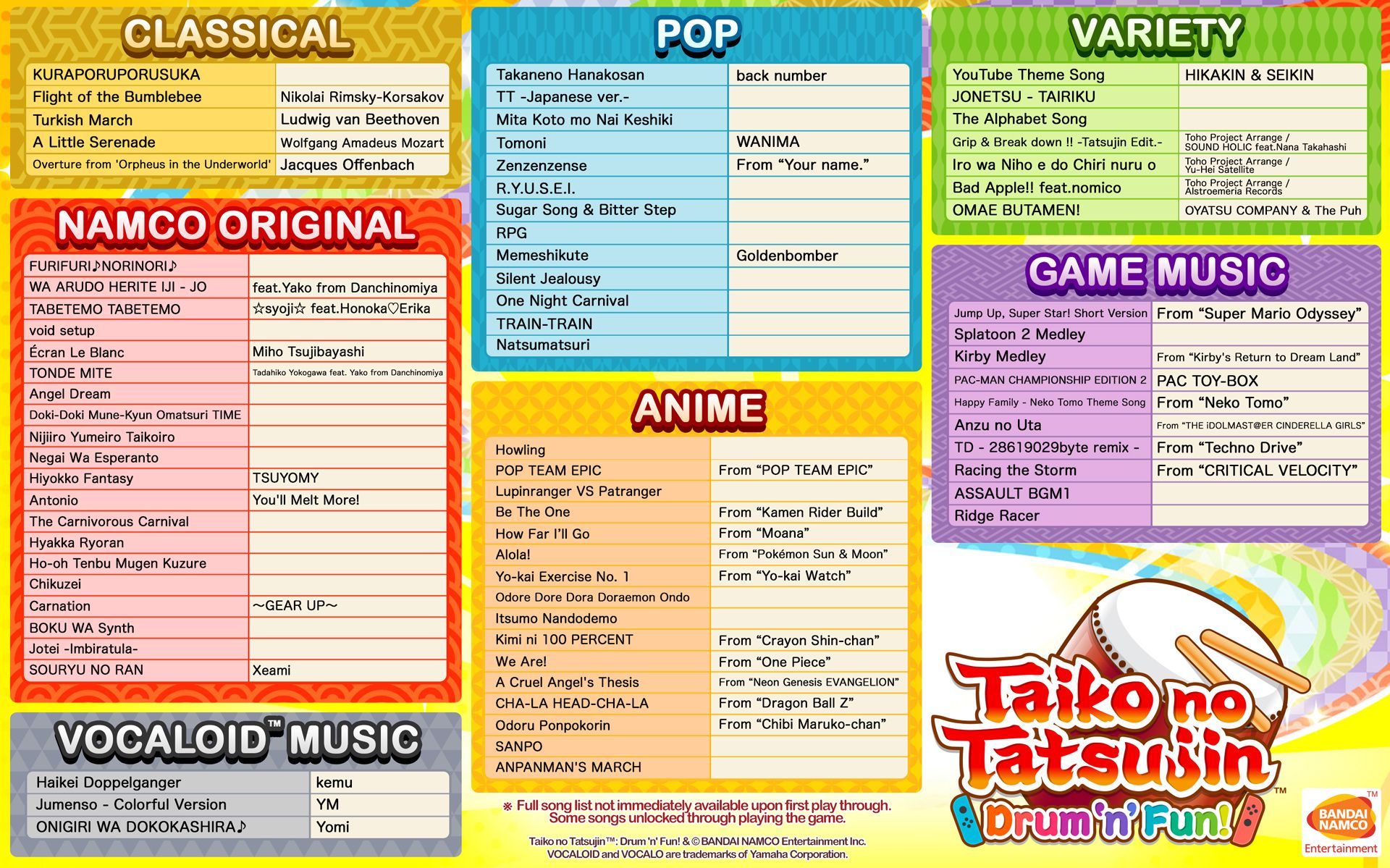 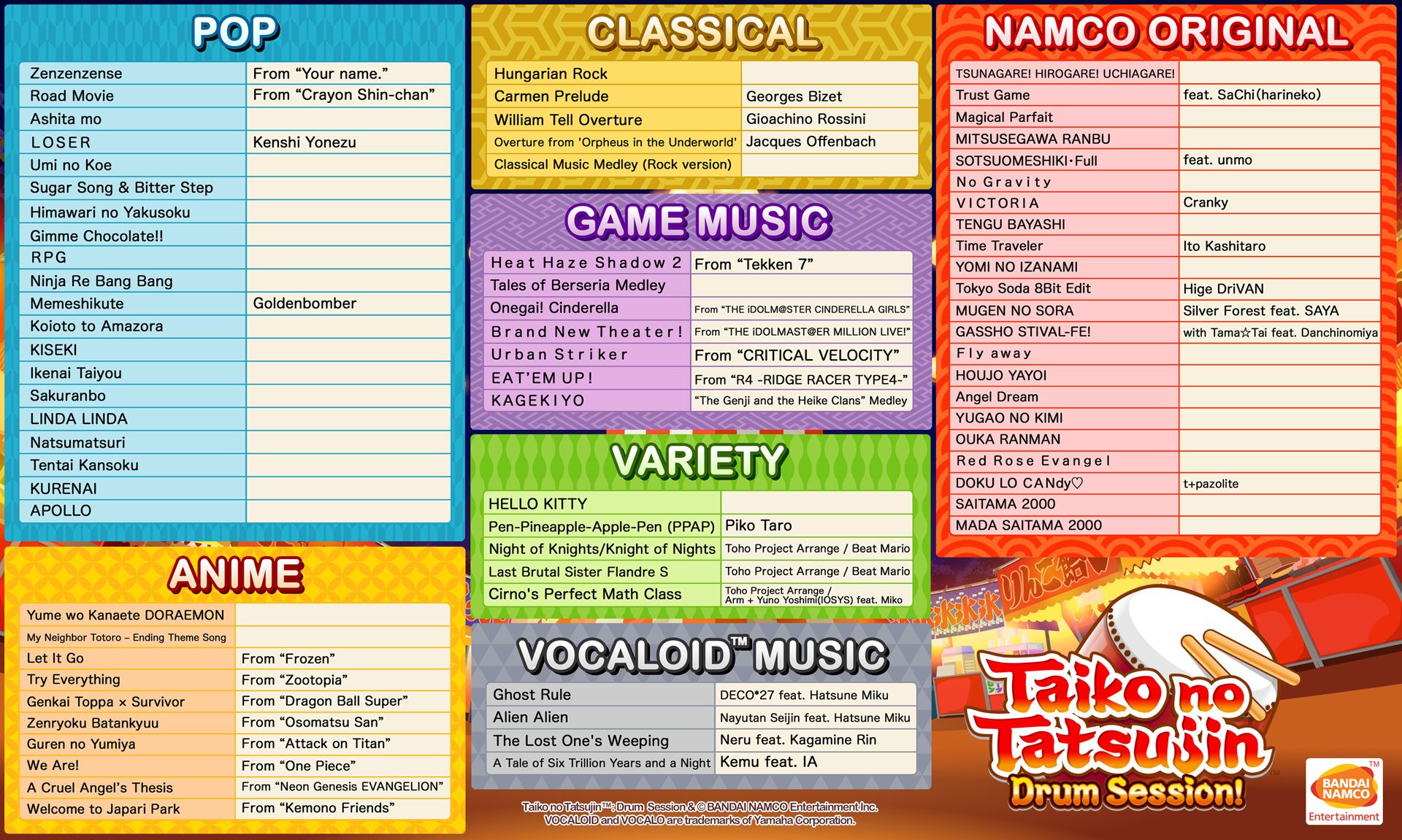 BANDAI NAMCO Entertainment Europe also confirmed that to make the experience as close as possible to the arcade game, the Nintendo Switch version, Taiko no Tatsujin: Drum ‘n’ Fun! will have its own Taiko Drum Set in Europe.

Taiko no Tatsujin: Drum ‘n’ Fun! for Nintendo Switch will be available in physical and digital version.

Taiko no Tatsujin: Drum Session! for PlayStation 4 computer entertainment system will be available only in digital.

Discover the amazing track list for Taiko no Tatsujin
close

Release Date:
02/11/2018
Description:
Enjoy the cult classic arcade rhythm game from Japan in the comfort of your own home! Play to the beat using your own drum with wide variety of new songs and challenge your friends to prove who has the best taiko skills
Platforms:
PS4
Learn more

Taiko no Tatsujin Rhythm Festival will be released on October 14th, pre-order now

TAIKO NO TATSUJIN: THE DRUM MASTER - out today for the first time on Xbox consoles

Drums on! TAIKO NO TATSUJIN: RYTHMIC ADVENTURE PACK is available now on Nintendo…