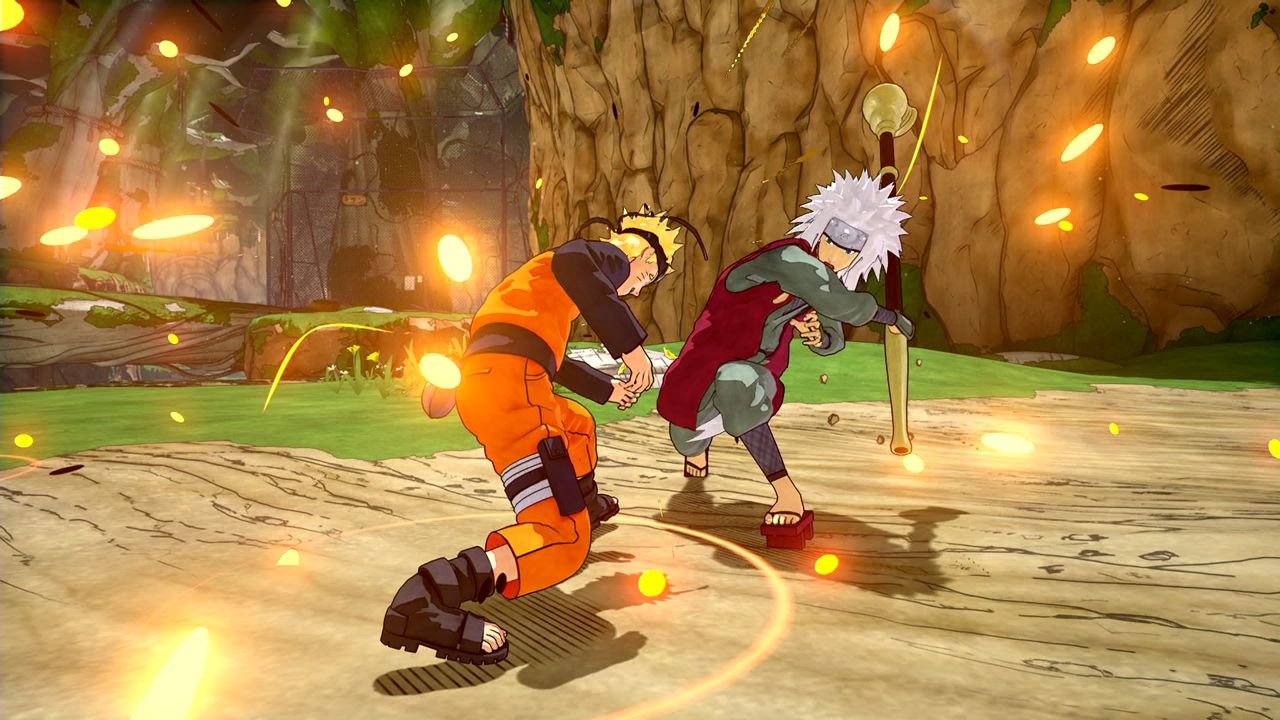 Update Patch 2.04 (May 9, 2019) includes the following updates to improve the player experience:

- "Honorary Titles" have been added to the game.  Honorary Titles can be equipped in the same way as normal Titles by going to the Inn and selecting "Change Title."

Additionally, both Honorary Titles and Titles are now displayed on the lobby matchmaking and in-game "Rival Camera" screens.

All Beginner Matches will now have a Training Point Boost automatically applied permanently. New players can now earn points and unlock their favorite Ninjutsu and items from VR Masters faster!

The UI now displays an icon showing which players are in a party with other players.

You can check this icon on the lobby matchmaking screen, the in-game player list screen, and the match results screen.

Solo players can now choose to abandon a mission through the pause menu mid-game and return to the lobby.

This menu is only available for single player missions and cannot be accessed in multiplayer.

The matchmaking algorithm has been adjusted to help reduce the gap in levels between teams that occasionally occured.  We are always working on improving the quality of matchmaking and will continue to monitor the situation.

- A new tutorial mission "Entrance Exam" has been added to the game.  This tutorial can be accessed and played at any time from the VR Ninjutsu Arena.

Players can elect to skip the original tutorial mission by abandoning it from the in-game pause menu.

To increase the number of viable jutsu options for players to use and the variety of battles players can enjoy, a number of ninjutsu and secret techniques have had their numbers and mechanics tweaked.

- New: Removes the ""Kamui: Climax"" effect on enemies it hits.

- New: Heals the caster for the amount of damage it deals to enemies.

- Now removes any debuffs affecting the caster when activated.

- Reduced the damage dealt when hit.

- New: Applies a movespeed debuff on enemies it hits.

- New: Applies a debuff reducing the range on jump, Chakura jump and wire kunai on enemies it hits.

- New: Applies an attack damage buff to the caster when activated.

- New: Applies an attack damage debuff to enemies it hits.

- New: Applies a faster Ninjutsu cooldown speed buff to the caster when activated.

- New: Applies a defense buff to the caster when activated.

- New: Applies a faster Ninjutsu cooldown speed buff to the caster when activated.