This Fall, you are invited to stay at a hotel to die for.

The Devil in Me is the fourth game in The Dark Pictures Anthology, and the Season One finale.

Brought to you by Supermassive Games and Bandai Namco Europe, The Dark Pictures Anthology is a series of standalone cinematic horror games. Each story draws inspiration from real-world events and taps into a different sub-genre of horror. From ghost ships, witch trials, underworld monsters… to serial killers.

Every game starts with an introduction by the mysterious Curator, who welcomes players in his repository. He is there to record and comment on your progress as you attempt to save a cast of 5 characters with unique personalities. If your choices lead to death, expect to be on the receiving end of his wicked wit. He will be back in The Devil in Me with a few tricks up his sleeve.

The game takes inspiration from HH Holmes, a historical character famous for building a hotel that became known as the Murder Castle. He studied medicine at the University of Michigan and specialized in anatomy, then moved to Chicago in 1886 to build the World’s Fair Hotel, a huge building full of secret passages, hidden rooms and deadly traps for unsuspecting visitors. At his trial, Holmes confessed to 27 murders, but there is speculation that the number was much higher.

His Murder Castle is the inspiration behind the hotel in The Devil in Me.

In the game, a small TV production company called Lonnit Entertainment are making a series about famous American serial killers.

They run out of ideas and money for a final episode until they receive an invitation from a Granthem Du’Met, a wealthy architect and collector who inherited a hotel from a relative with an above-average interest in serial killers.

Some of its rooms are accurate reproductions of the Murder Castle and the TV crew seizes on the opportunity and heads to the hotel’s remote island location.

In all Dark Pictures games, players are encouraged to explore the world to discover its secrets. The Devil in Me takes this a step further by giving them an array of new actions to further interact with the environment.

They can now climb on objects to reach areas that would otherwise be inaccessible, squeeze through tiny gaps to reveal hidden rooms, jump over gaps, balance over narrow beams and trees, and more.

The characters’ improved mobility also enables them to push and pull objects to create new paths, and hide from danger in certain situations.

And last but not least, they can now run as well as walk, giving you the option to explore at your own pace. 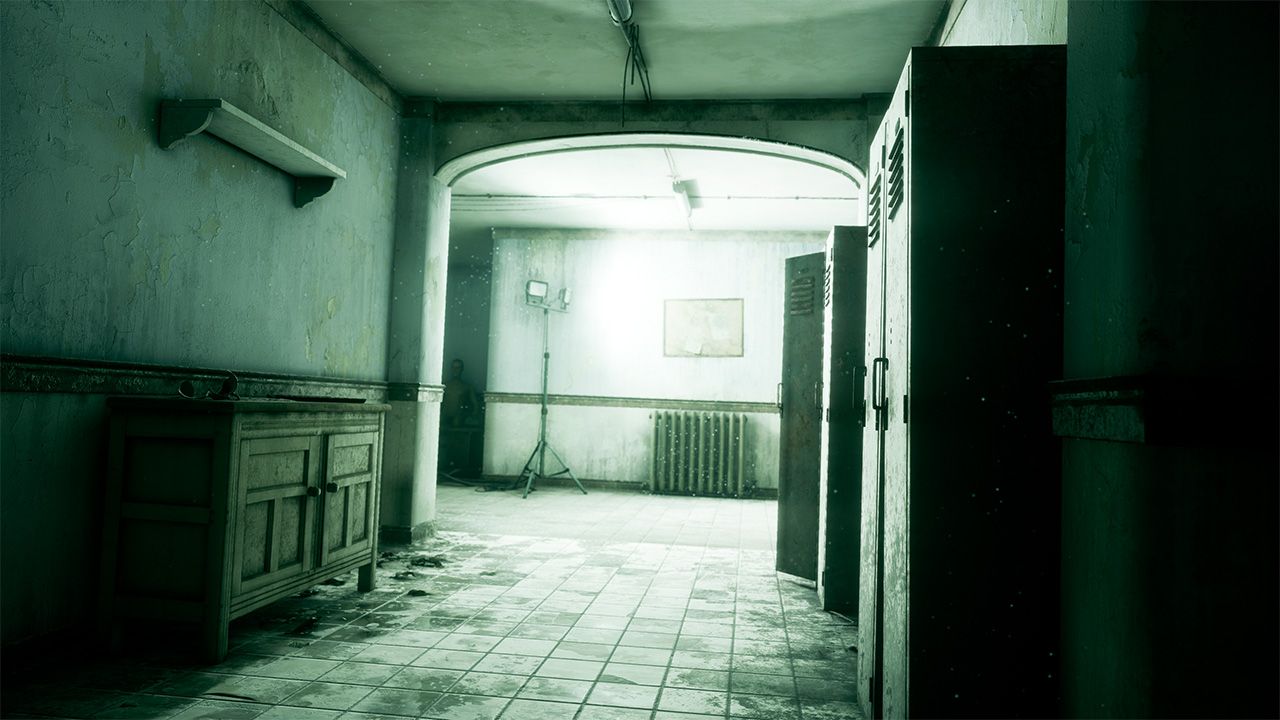 You want to get some good footage for your crew’s documentary, right? So it will take time to explore every nook and cranny of the terrifying hotel. Previous Dark Pictures games Man of Medan and Little Hope took about 5 hours to complete.

House of Ashes ran a little longer, but it will take you about 7 hours to experience the horror of the Murder Hotel.

The question is, will everyone make it out alive? 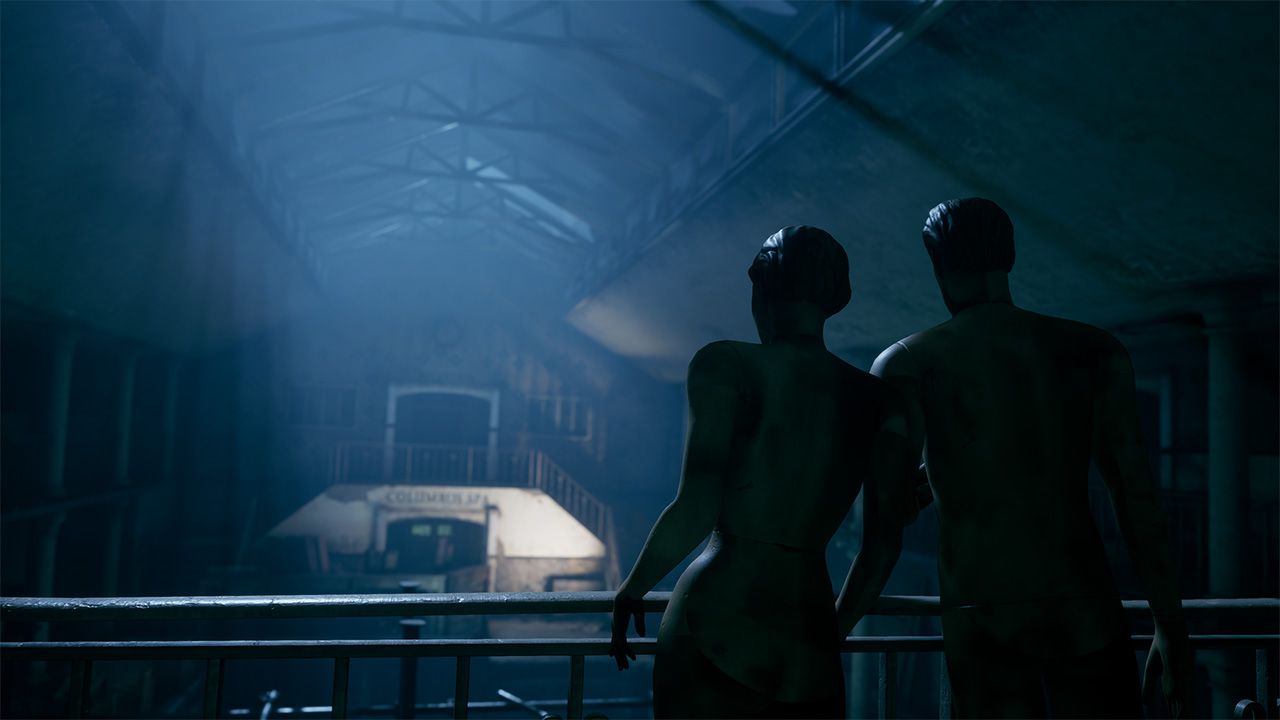 Facing a lone murderous genius in his own castle means you need to be resourceful if you want to survive the night. To that end, a new feature will be introduced in The Devil in Me: each character will have access to a simple inventory with tools that they can find and use throughout the story, including one directly related to their job.

Kate - Jessie Buckley - can use her pencil to shade over torn bits of paper to reveal what’s written underneath. Charlie carries a business card that he might use to open latches on drawers. Jamie’s multimeter allows her to rewire electrical circuits. Mark has a camera that he can use to gather evidence of the crimes they uncover, and Erin’s directional microphone allows her to hear through walls.

Some tools can be altered, lost, broken, or given to other characters. The way you use these tools will impact the narrative – in other words, they might save a life or cause a death, so tread carefully. 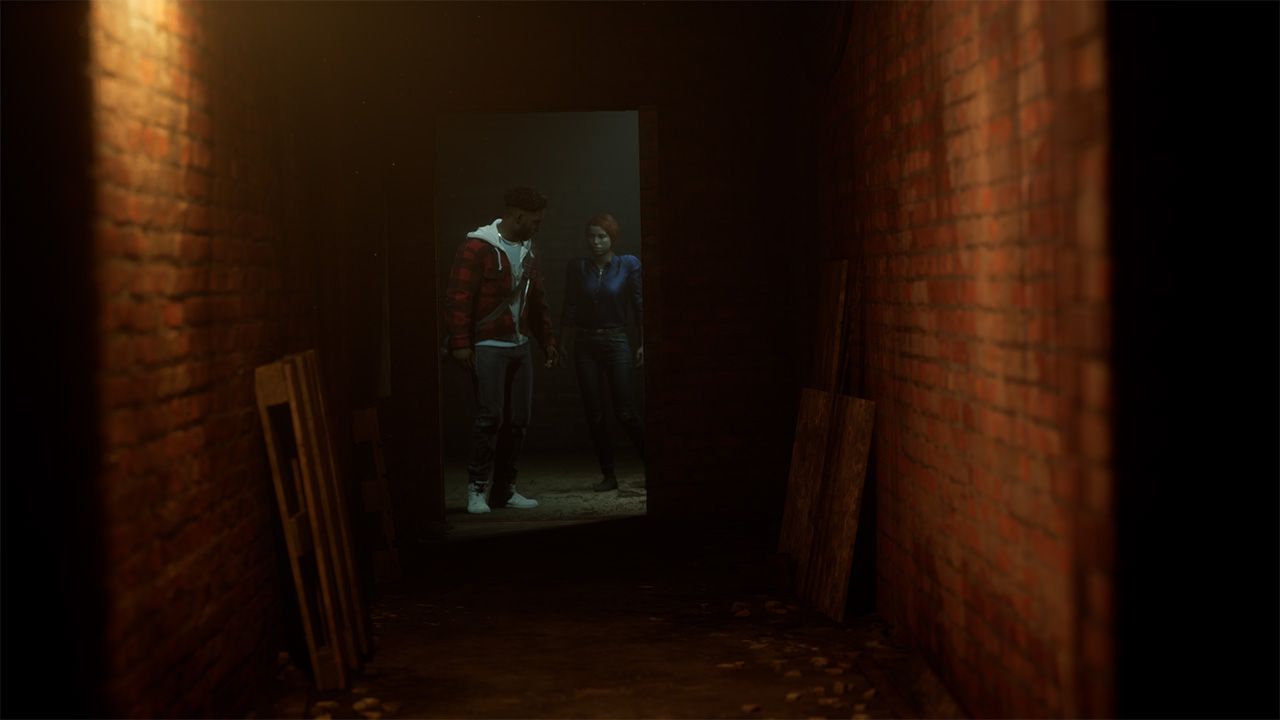 The hotel is full of maze-like corridors, trap doors and secret passageways. The killer likes to play with his victims, so you’ll have to try to outsmart him to get out alive.

Along the way players will be challenged with various puzzles – a new gameplay feature added in The Devil in Me. You’ll need to find codes, untangle antique fuse boxes and find your way out of mazes. Keep an eye out for clues around the hotel and be quick on your feet, or people might die. But no pressure. 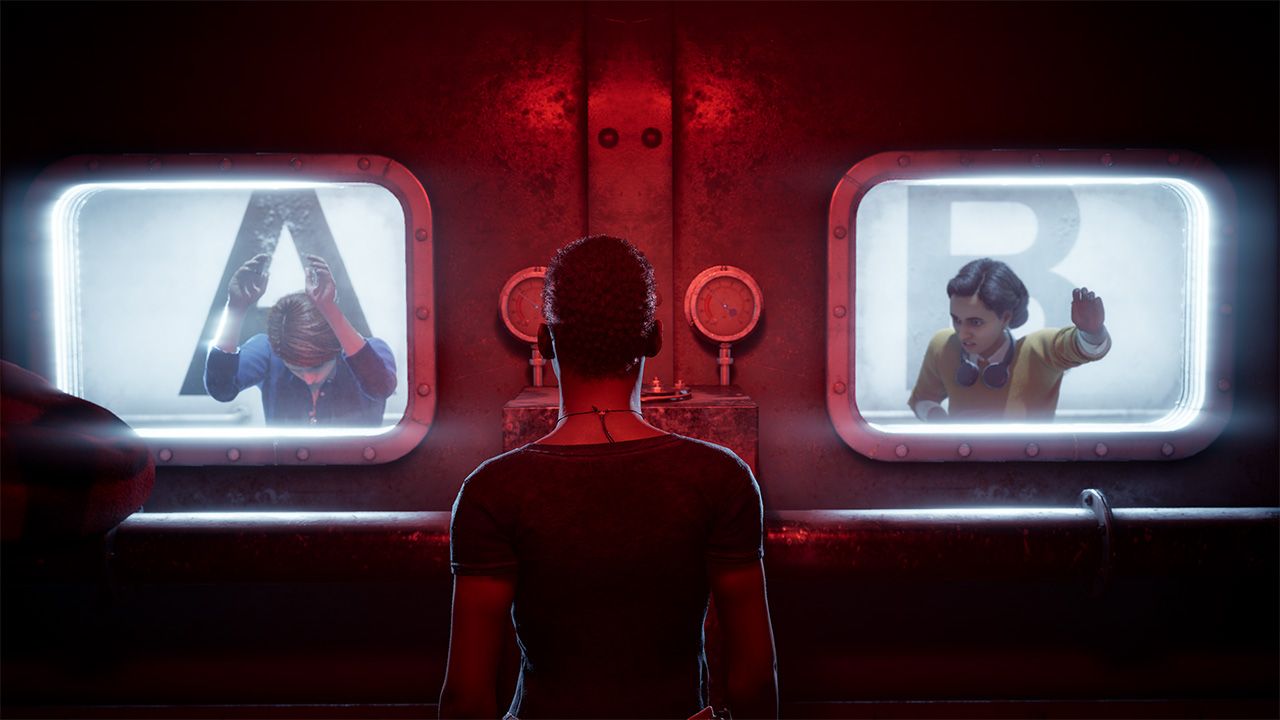 With these tips in mind, you will be ready to test your survival skills at the grand opening of the hotel on 18th November 2022, when The Devil in Me launches on PlayStation, Xbox One, Xbox Series X|S and PC via Steam!

Digital pre-orders are now open! Book your stay now and be prepared to have a killer time.

For more information about The Devil in Me, check the latest news!

The Devil in Me: 4 New Features To Help You Survive
close

A series of stand-alone branching cinematic horror games from the studio behind Until Dawn. Easy to pick-up and play in short sessions, alone or with friends. The Devil in Me is the fourth game in the series and the Season One finale.

15
See more news!
Please confirm that you are over 18 years old to continue