Kunimitsu will be available tomorrow in TEKKEN 7 with the brand new Vermilion Gates stage!

Starting tomorrow, DLC 16 and 17 will be available in TEKKEN 7, as part of the Season Pass 4.

DLC 17 will take you to traditional Japan in the serenity of the Vermilion Gates, the brand new stage where some of the fiercest duels will happen.

Alongside these DLC, a free update will be available improving the game with new balance adjustments, a rank system renewal and several online play enhancements.

Both DLC 16 and 17 will be available as part of the Season Pass 4 or can be purchased separately.

As revealed in TEKKEN 7’s Season 4 trailer, Kunimitsu II is the next upcoming addition to the game’s roster. However, her backstory has been relatively shrouded in mystery… until now.

Kunimitsu II’s mother, Kunimitsu, originally appeared in TEKKEN 1, 2 and TEKKEN TAG TOURNAMENT 2 as a petty thief-turned-kunoichi. Denouncing her Japanese nationality, Kunimitsu joined the Manji Clan — headed by none other than Yoshimitsu — to learn the art of Manji Ninjutsu and hone her thieving skills, stealing from the rich to give to the poor under the Manji Clan’s guidance. 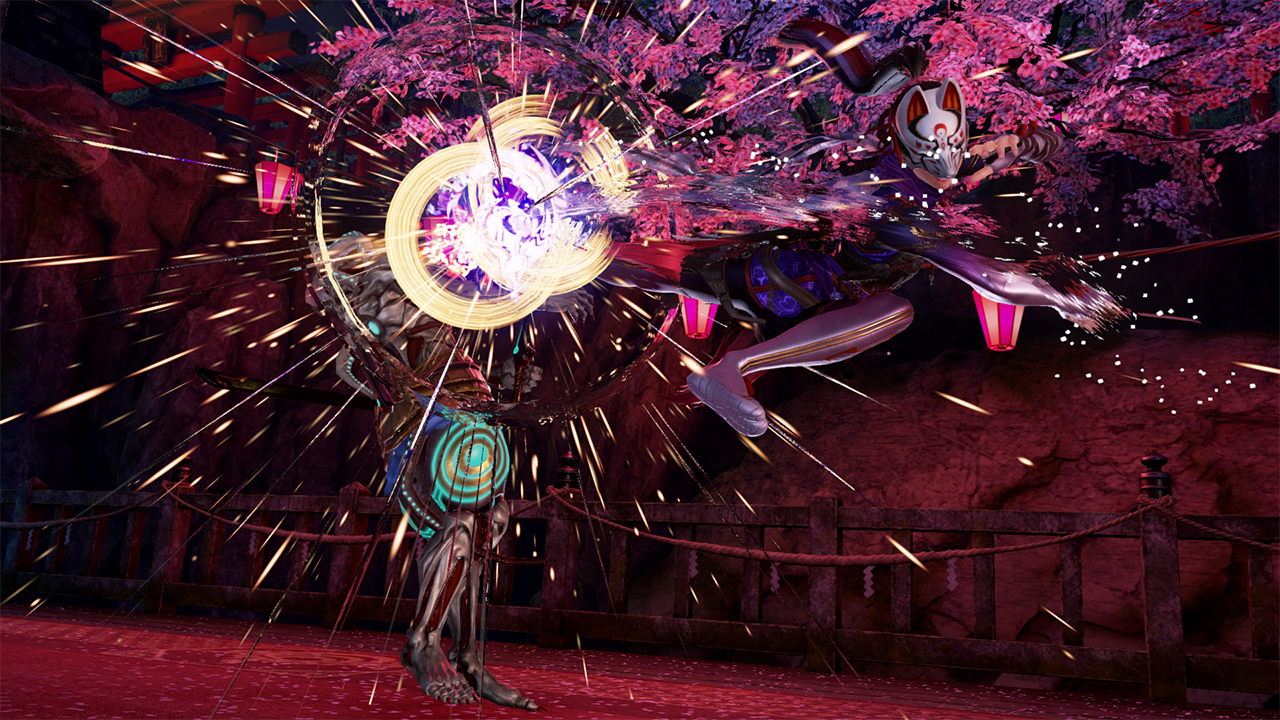 However, her sights soon turned toward more personal pursuits, and she set out to steal a highly coveted Native American treasure from Michelle Chang in the very first King of Iron Fist Tournament. After ultimately being defeated, Kunimitsu then sought out the Yoshimitsu sword on her grandfather’s behalf, who wished to create a replica of the weapon — but her efforts were thwarted by Yoshimitsu himself, causing her to retreat to her family home out of humiliation. 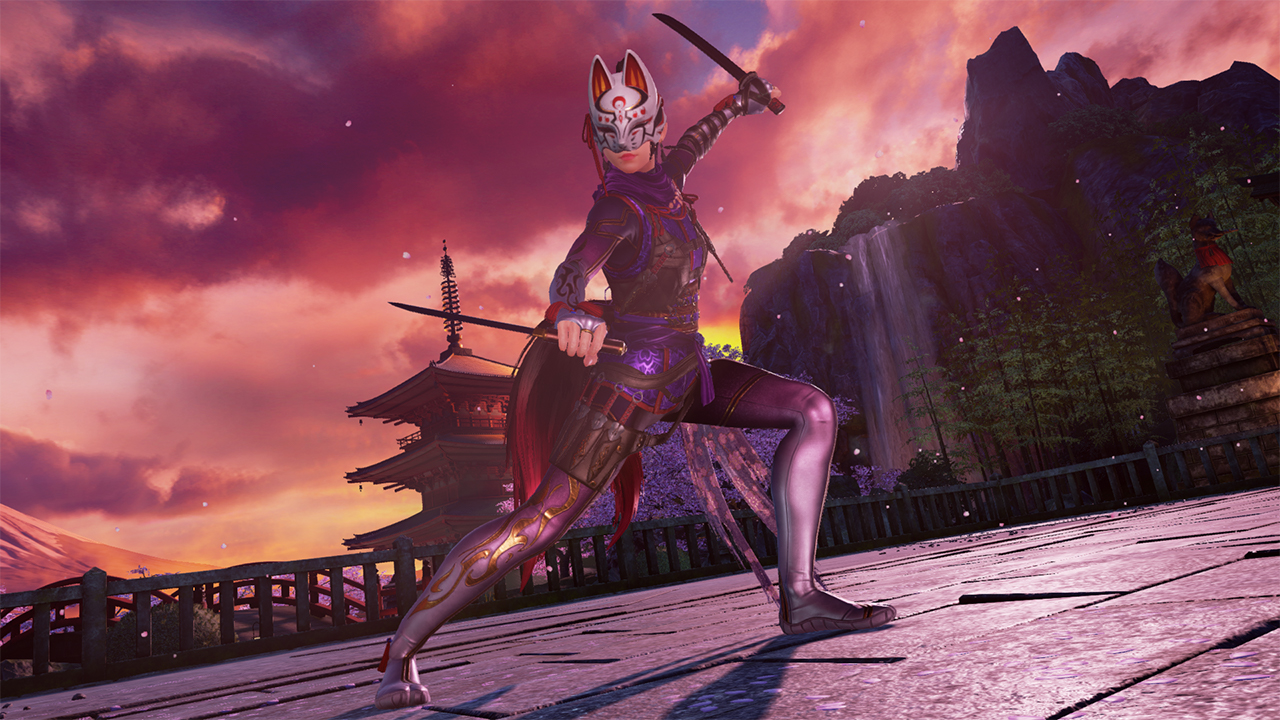 Later on, she married a shinobi ninja and gave birth to a daughter, who took up her parents’ ninja ways and even surpassed them in skill. Using the name of her mother — who had grown ill over time — Kunimitsu II began working as a freelancer, taking on various jobs from high-paying clients like governments and large corporations to purloin important items for their benefit. 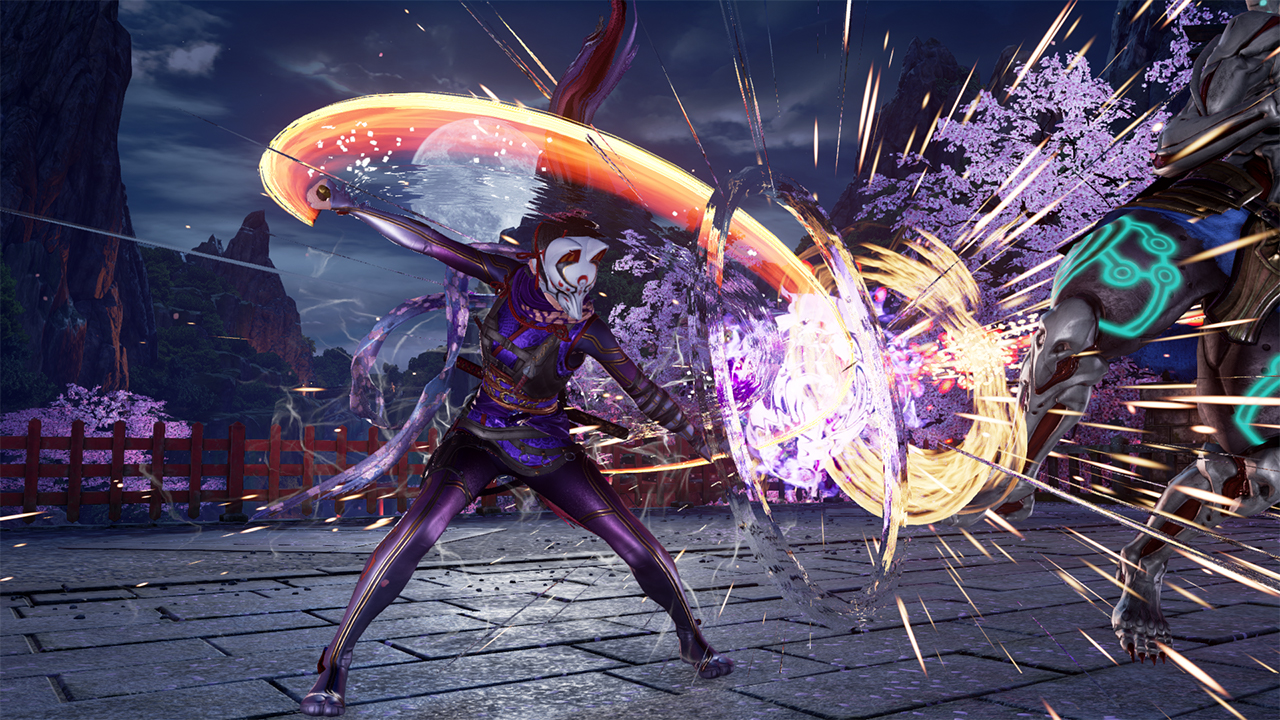 One day, Kunimitsu II received a mission from a high-profile client, who asked her to investigate the Mishima Zaibatsu by going undercover at the Mishima Polytechnical School as a high school student. The client suspected that the school was somehow connected to the Tekken Force, the special operations unit of the Mishima Zaibatsu. Taking after her mother’s interest in industrial technology, Kunimitsu II readily agreed to the job — until she received news that her mother’s fragile condition had worsened. 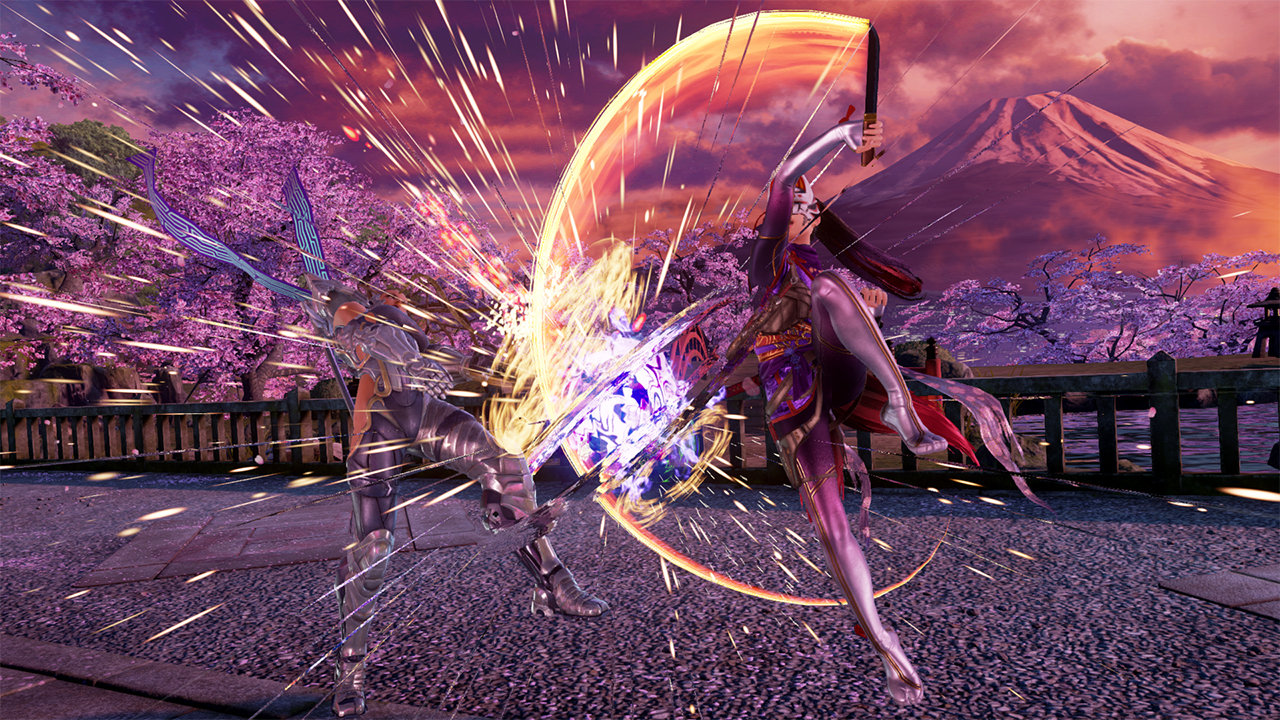 Rushing back to her family home, Kunimitsu II learned of the one treasure that her now-bedridden mother hadn’t been able to steal in the past. Determined to cheer her up, she set out to retrieve the sword that her grandfather had once coveted many years ago… a sword that caused her mother to retreat from ninja life.

For players looking to get a head start on this nimble ninja prodigy, be sure to check out some tutorial and combo videos from TEKKEN 7 content creators like:

Kunimitsu will be available tomorrow in TEKKEN 7 with the brand new Vermilion Gates stage!
close

TEKKEN 8 takes the fight to a new generation

5
See more news!
Please confirm that you are over 16 years old to continue