TEKKEN 7 is a classic 3D fighting game that shows excitement in the esports scene on a global scale. Katsuhiro Harada, General Producer of the TEKKEN series along with Michael Murray, the current producer on the TEKKEN brand take a look back at 2019’s action packed season. 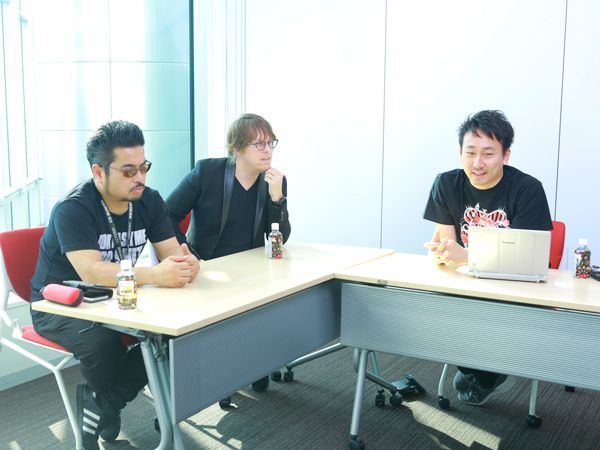 The “TEKKEN World Tour 2019” marked the debut of a new “DOJO” system which enabled competitors to obtain official points (*1) and participate in year-end final competitions even if the events were organized by local tournament organizers (T.O.s) spread around the world (*2). What do you think about this updated Dojo system?

Harada: The “DOJO” system has been extremely well received, and various people gave us positive feedback. Of course, the format of the tournament itself is not new, there have always been tournaments that were independently organized by the TEKKEN community, and the larger tournaments are officially certified as World Tour tournaments. The difference with the Dojo system is that official TEKKEN World Tour points (TWT points) will be awarded even in competitions where players voluntarily gathered, expanding the scale of the entire world tour and energizing the TEKKEN community.

*2 “TEKKEN World Tour 2019” consists of a number of point-based tournaments held during the period. A total of 20 people, including the top 19 players who scored points and one who passed the final qualifying round on the first day of the final, will compete for the annual championship in a round-robin match and tournament match on the second day of the final.

Please tell us if you have any impressive players during “TEKKEN World Tour 2019”.

Yasuda: I’m in a special position to support all 14 professionally licensed TEKKEN 7 players at the moment, and one of the most impressive members amongst them is the Japanese player named, Double. He qualified for the Grand Finale of “TEKKEN World Tour 2018 Finals” without losing once, so everyone thought he would win. Although he had a lead at first, he eventually lost the game by a reversal to Italian player, Ghirlanda. He is usually a cheerful and playful player, but after his loss, he was crying backstage. I didn’t know what to say to him so I simply cried with him in sympathy.

However, since then, a famous team asked him to join their ranks for their run at the world tour. After having won the tournament in Taiwan, he became a finalist at “TEKKEN World Tour 2019”. He may be disappointed at his ultimate result, but I was impressed that he reached 5th place(tie) at the end. He is a player that attracts people and has a great story. 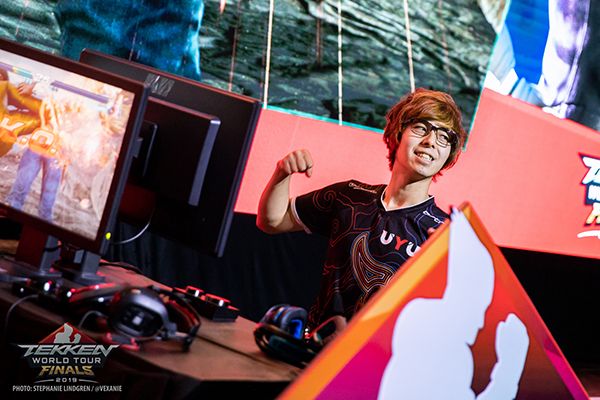 Harada: I not going to talk about one particular player, but as you know, Pakistani players played an active part in 2019. I knew that Pakistan had a TEKKEN community for a long time. By finally connecting communities that have been traditionally scattered all over the globe, the Pakistani players could truly test and understand their ability for the first time.

TEKKEN 7 has gone through a transition from the time when a lot of European and American people played the game to the rise of Japanese and Korean players. When people all over the world thought that Japan and South Korea were the strongest, Pakistani players began to rise in the rankings. This was very interesting and that’s when I felt that players starting asking themselves, “Who will stop Pakistan?” 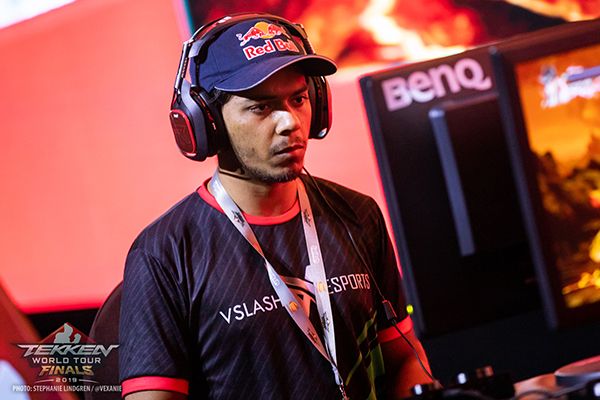 During group qualifications at the “TEKKEN World Tour 2019 Final”, Korean player KNEE, who ranked #1 in the world, chose the same group as Arslan Ash who triggered the 2019 whirlwind rise of Pakistan.

Harada: That’s right. Also, Japanese player Nobi was in the same group as Pakistani player Awais Honey. The emergence of new strong competitors may have created a sense of unity between Japan and Korea.

Yasuda: By the way, South Korean player LowHigh said after the tournament, “I’m glad we were able to prevent Pakistani players from rising to the top eight.” He also added, “I’m glad that I’ve deepened interaction with Japanese players and helped to revitalize the community”.

Harada: If you think calmly, it’s strange because it’s not a team match (laughs). However, there is not only Pakistan players, but also still many strong communities in TEKKEN, especially in places like Ivory Coast and Peru. Through the success of Pakistani players in 2019, I hope that many new players will be inspired and also compete with a “we can do it!” attitude.

Michael: What impressed me was the American player, Anakin. He surprisingly won a championship when Harada and I first saw him at “MLG (Major League Gaming)” in Texas, despite just being 16 years old at the time. He’s shown great potential ever since and has been active using JACK-7 consistently. I think he is a great player and I’m impressed with his sportsmanship, being friendly no matter how strong his rival is. 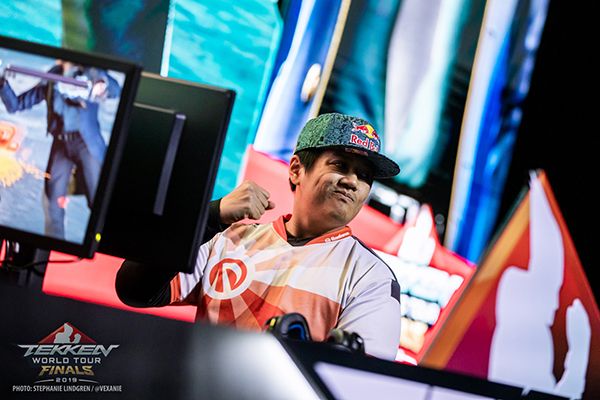 Harada: To be honest, I wondered if Ulsan would win the championship.

Yasuda: But in the end, the Japanese player Chikurin won the championship following his great strategy. 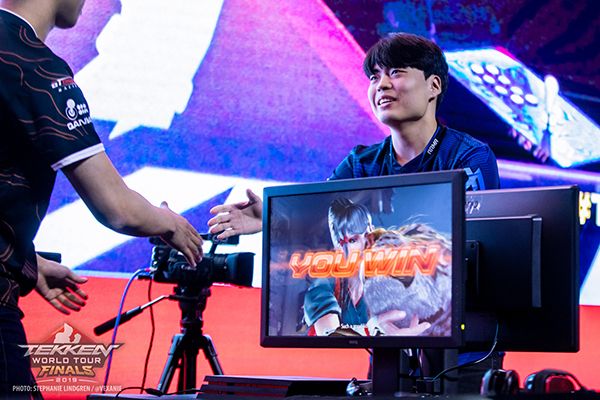 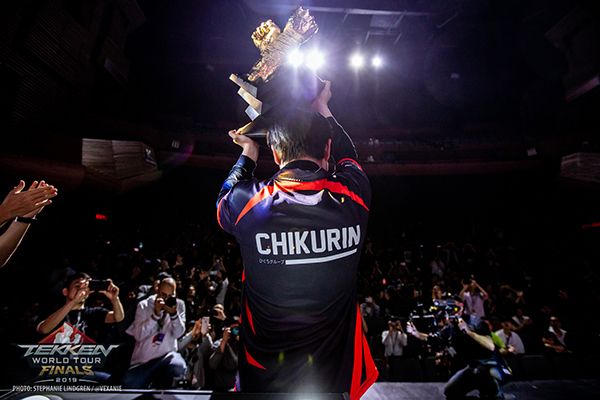 Chikurin, who had been using Geese leading up to the TWT Finals, changed his character to Akuma for the finals. I overheard that Chikurin was practicing Akuma just to play against Ulsan.

Harada: Back in the day, it was common to play different characters at arcades amongst people who knew each other’s gameplay styles well. However, implementing the strategy of “if this person wins, I will use this character” being applied at the big tournament is great to see. What an era! 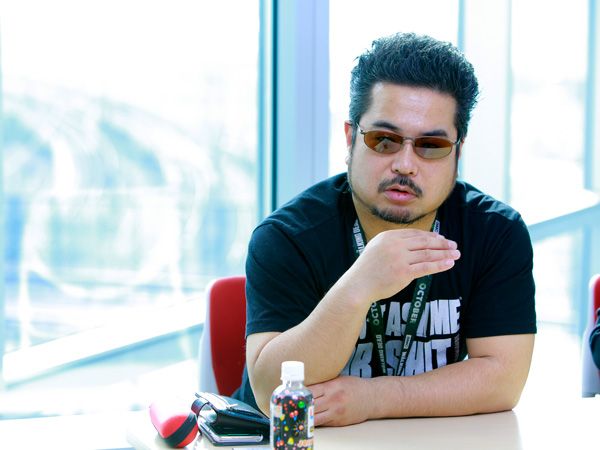 Building more excitement for the TEKKEN series in the 2020s.

How do you see the excitement surrounding the TEKKEN series now and the future?

Harada: In my case, I’ve been involved so long that I can’t be objective.

Yasuda: I’m sure that players commit more and more of their time to “TEKKEN”. I hope “TEKKEN” taking up more time in people’s entertainment cycle during the week with increased play time, watching a broadcast, and participating in competitions.

Harada: Certainly. That is really true. In the past, fighting games had a cycle in which a new title came out to a certain extent every 1-2 years, but TEKKEN 7 has been played by many people since its original limited release in Japanese arcades in 2015. Also, many people watch walkthrough videos and upload “Let’s Play” videos today. From my point-of-view, I am glad that new generations of gamers play TEKKEN 7. I have the impression that players’ generation have changed more than five times and a wide generation of active gamers have played TEKKEN.

Are there any things you remember when you first started the series? What kind of future did you, Mr. Harada, imagine for TEKKEN at the beginning?

Harada: At that time, I didn’t imagine the future (laughs). “TEKKEN” started out as a latecomer in the fighting game genre, but I clearly remember being asked by my bosses and my bosses’ bosses at that time, “When do you think you can develop a game to beat our competitors?” So, I said “it will take 10 years”. Then, “let’s do it for 10 years” they said. So, at the beginning of the series, we only thought 10 years into the future.

Michael: When I first got involved in TEKKEN, the word “esports” wasn’t that common yet. I am a little surprised at our current state because BANDAI NAMCO was not as passionate about esports then as it is now. Moving forward, I would like to focus on the players above all else, developing the drama and storylines among the players and increasing the popularity of fighting games as a spectator sport. I think it is ok for people to become interested in the players/competitors first, then, start being interested in TEKKEN.

Harada: I would like to find the best balance between delivering benefits targeted directly to the fighting game community and delivering fun for those who want to simply enjoy watching the game/tournaments.

Read the original article in English and Japanese on Asobimotto.