Following the announcement that TALES OF VESPERIA: Definitive Edition will be available for the first time in Europe on January 11th, 2019, BANDAI NAMCO Entertainment Europe has unveiled the collectable Premium Edition, now available to pre-order. 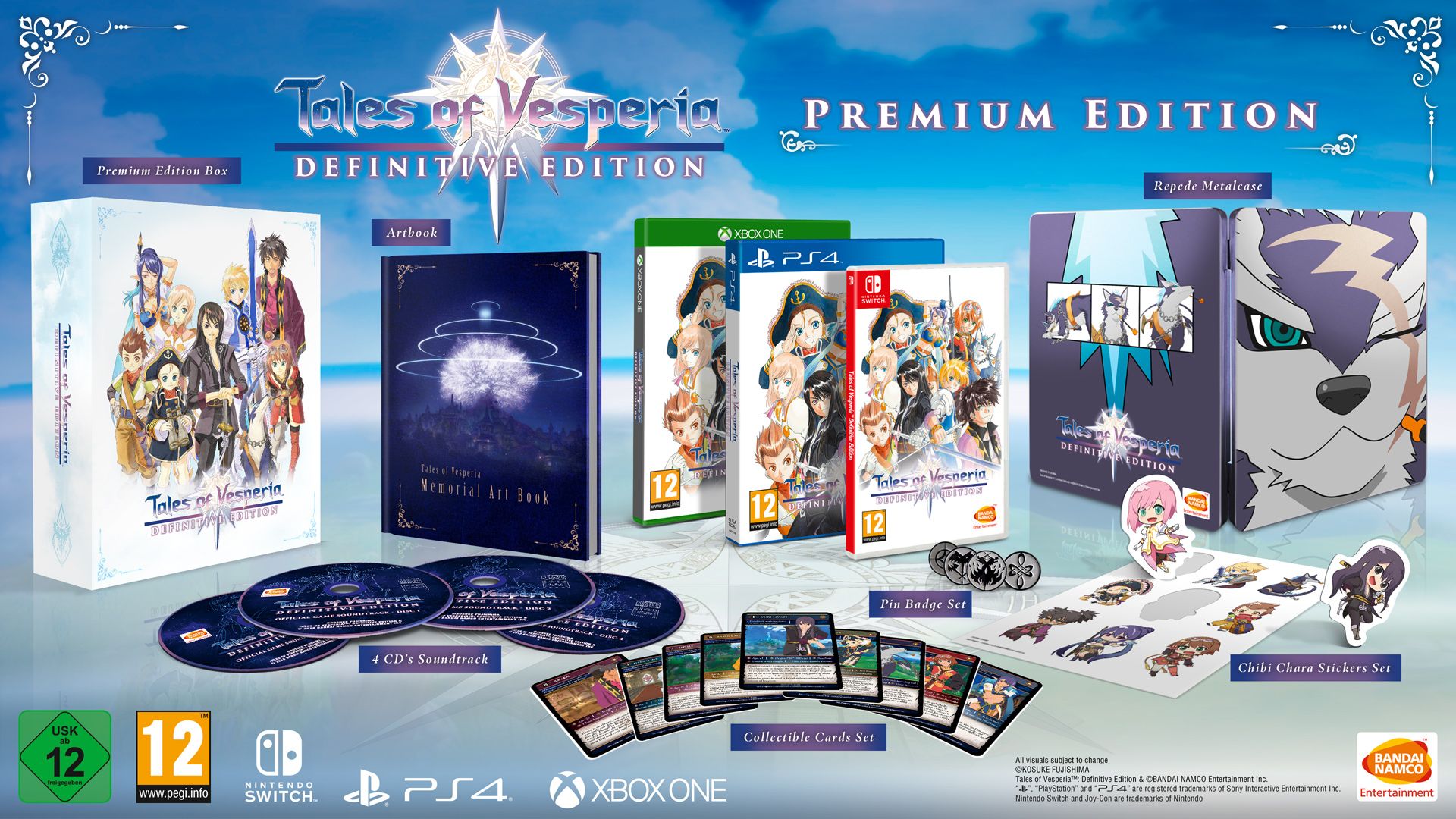 TALES OF VESPERIA: Definitive Edition uses a specialised version of the TALES OF series’ Linear Motion Battle System for combat. Players control a single party member in real-time combat while the other three party members are controlled by a customized set of A.I. commands. Players can swap between the four characters at any time during battles and can perform physical attacks, magic artes or even powerful Mystic Artes.

Celebrating its 10th anniversary, Tales of Vesperia is one of the most beloved entries in the ‘Tales of’ series and returns with upscaled screen resolution, characters, events, and costumes never released outside of Japan.