The Ver 1.40 update which includes improvements and modifications that address the following issues for PS4®/Xbox One/STEAM® will be released on May 14th.

(Please note that once the patch is applied, the replay data from previous versions can no longer be replayed due to the gameplay fixes and improvements)

This update includes compatibility support of the paid DLC “Creation Parts Set B.”

* “Creation Parts Set B” will be available from May 16th.

The following Creation Parts will be available for everyone after applying this update.

*This item is currently for male only but will become available to both genders from ver. 1.40. 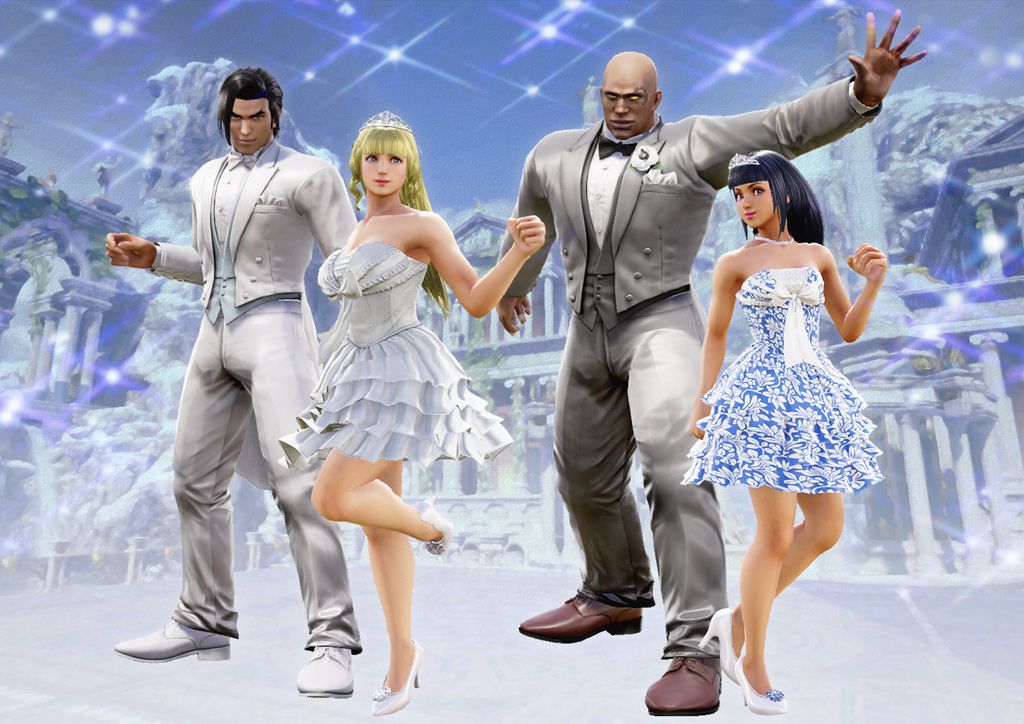 New color variations are added to regular characters. To apply new colors, select COLOR 3 or COLOR 4 after confirming the character in the Character Selection screen.

* No additional color variation for Inferno, Geralt, and 2B.

To activate NVIDIA Ansel, press “Alt + F2” during VERSUS and TRAINING battles.

* You will need a compatible environment to run NVIDIA Ansel.

In Rank Match, once you obtain a certain amount of Rank Points, the Ranks of other fighting styles will automatically be raised to a set value. Bolstering details are as follows:

Providing a safe and fun gaming experience for players all around the world is one of our core pillars which is why we enforce bans on players who have been confirmed to have violated the EULA that is agreed upon first playing the game. Please note that we may ban players who are repeatedly reported to have violated EULA once we confirm such violation has actually taken place.

* We are continuously checking and investigating other unexpected issues. Thank you for your understanding and continued support.

Please go to this page for a detailed list of the adjustments.