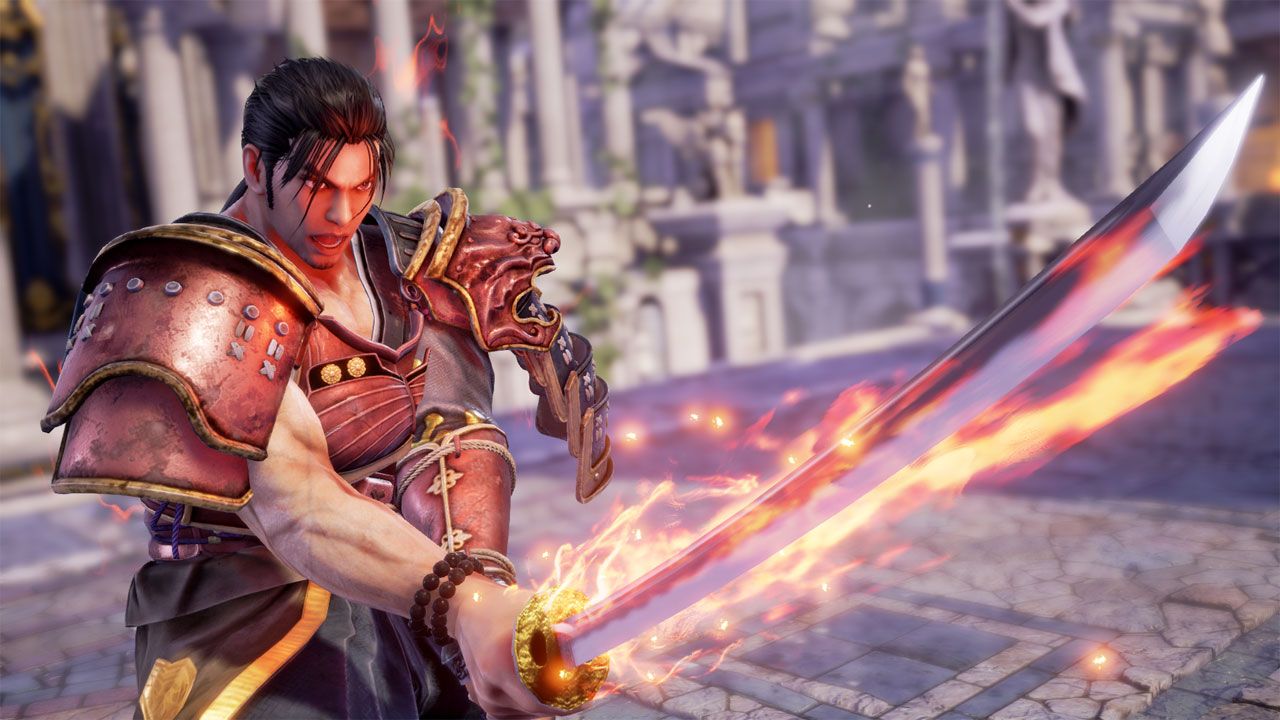 The Ver1.30 update includes improvements and modifications that addresses the following issues.

*Please note that once the patch is applied, the replay data from the previous versions can no longer be used due to the gameplay fixes and improvements.

*Please note that “Amy” will be released on the 26th of March 2019
For more information about this new playable character please use the following link.

Additional features PS4® Xbox One  STEAM
The following features have been added:

1. Controller settings can be accessed from the character selection screen of the “Versus” by pressing the “Option” button.

*The aforementioned button refers to the PlayStation®4 version.
*This additional feature cannot be used in “Casual Match” or “Training” modes.

2. Added additional options pertaining to the activation of the “Pause Menu”.
The following options be selected from the “Versus” regulation settings screen:

*The aforementioned button refers to the PlayStation®4 version.

3. The following options has been added to menu screen at the end of fights in “Versus” mode.

4. In “Replay”, an erase feature has been added which can be used to delete all the old replay at once.

1.Adjusted some aspects of the battle mechanics and special moves.
*Please go to this page for a detailed list of the adjustments:

2. Corrected some of the in-game text.

3. Improved the general stability and polish.

1. Adjustments have been made so that the game remembers part of the settings and options within “Training” during the same game session.
* Please note that this additional feature does not pertain to the cursor position within the fighting style guides.

2. The “random” option has been added to the display system of the command input replay feature.

3. If players use the “touchpad” + “□ button” while using the command input replay feature within “Training”, they can change the replay modes.
*The aforementioned button refers to the PlayStation®4 version.

4. Fix the instance in which slowdowns occur during “Training”.

5. Fixed the instance in which the game would unpause with open menus if players would press the “Options” button while the “Move Settings” window is open.
*The aforementioned button refers to the PlayStation®4 version.

*This change only concerns creation parts that are not visible when “Hermit’s Hood” is equipped. There this does not affect the number of customization pertaining to the aforementioned item.

The conditions under which the title “Azure Nightmare” can be obtained during the “In Father's Name” mission will be softened.

*For players who are already meeting the required conditions, the “In Father's Name” mission will be automatically available.

1. The following corrections were made in order to improve the matchmaking quality of “Ranked Match” and enhance general network stability.

2. In “RANKED MATCH”, the limits of the rematch option have been removed.

3.Fixing the instance in which the players would be unable to move after the start of the round in “Casual Match”.

4. Added “ping/connection” indicator which is displayed in the lower-middle part of the screen during fights both in “Ranked Match” and “Casual Match”.

Regarding users who are in violation of the EULA (the software license agreement).

*We are continuously investigating any and all other potential issues. Please understand that we are proceeding in an orderly fashion. We apologize for any inconvenience caused. Thank you for your understanding and continued support.