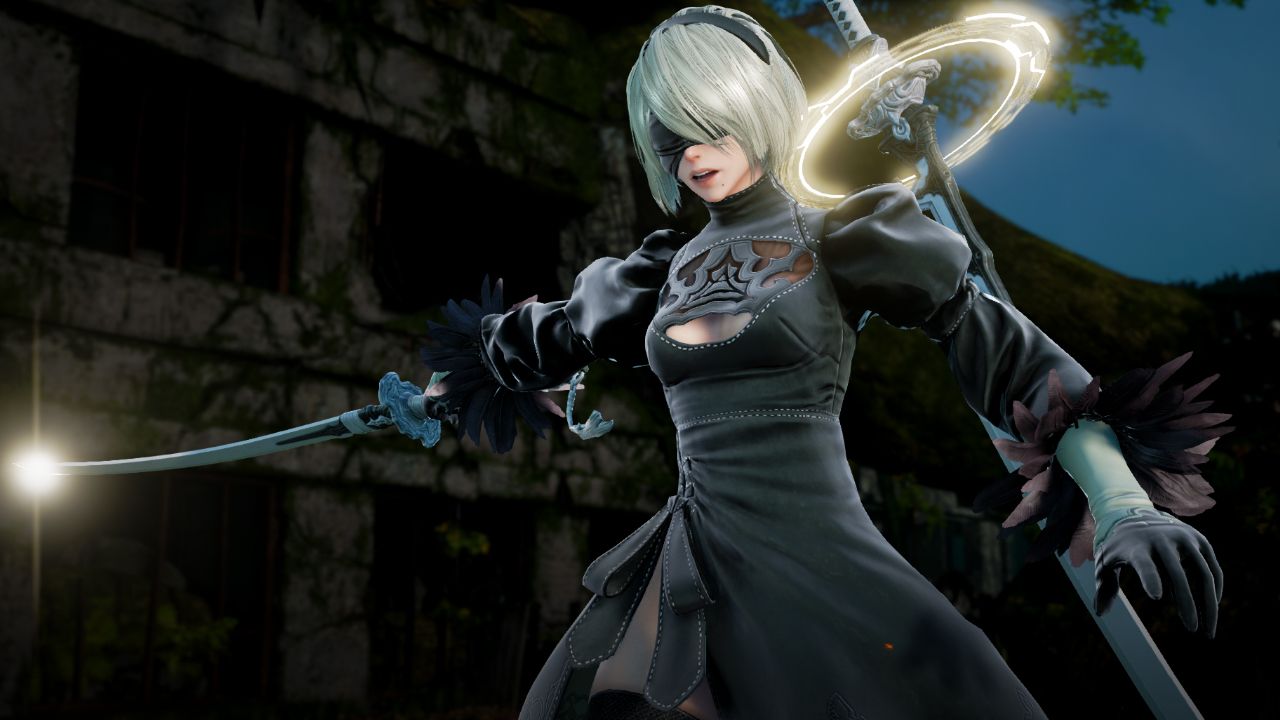 2B from NieR: Automata brings her blades to SOULCALIBUR VI

BANDAI NAMCO Entertainment Europe and Square Enix are pleased to announce that NieR: Automata’s 2B will be joining the battle of souls and swords in SOULCALIBUR VI – out now for PlayStation 4, Xbox One and PC Digital.

Sent on a confidential mission, 2B arrived in a location unlike any she had seen before. Scanning her language database for a description, the words “ancient castle” were returned. Her sensors detected no machine lifeforms. "Communication received from Bunker", spoke the robotic voice from 2B's tactical support pod. "Mission received. “Objective: Destroy the hostile entity, Soul Edge."

2B wields two swords, Virtuous Contract and Virtuous Treaty. Both have been carefully tuned for maximum efficiency in the hands of a YoRHa android. Her fighting technique is specially designed for combat against machine lifeforms, employing acrobatic leaps and midair slashes, lightning-fast evasions and perfectly coordinated strikes.

2B will be a playable fighter in Versus mode, Arcade mode and Online matches – and come with her own stage, background music and character customisation elements.

She’ll come as part of the SOULCALIBUR VI Season Pass or to download as a standalone character. 2B will be available on December 18th.