Welcome to the Prison Island Tour!

Join us for a sightseeing tour around a genuine jewel of the sea from ONE PIECE WORLD SEEKER! Discover some of its most famous landmarks such as the Crystal Canyon or the Topaz Mine.

We advise you not to wander off on your own, especially where pirate activity is confirmed. Keep in mind also that a conflict between Pro-Navy and Anti-Navy islanders is also ongoing, so please be careful. We wish you a safe and memorable visit.

Upon your arrival in Amber Harbor, please head north immediately to Sapphire Town. Rumors of Prison Island's smuggled weapons have spread throughout the underworld and pirates that believe those rumors have travelled to Amber Harbor to get their hands on them. For some reason, the Navy has chosen to disregard this hole in their otherwise tight security net, leading many of the islanders to distrust them.

Once in Sapphire Town, take a little break to enjoy the pleasant atmosphere. Don’t miss the remarkable church of Sapphire Town, home to the Anti-Navy group leader Jeanne. Upon losing her mother as a child, she grew up in Sapphire Town's church after her brother set out on his own.

For your safety and due to a strong anti-Navy presence here, the Navy has built a base and lookout tower in order to keep an eye on the town's entrance.

From Sapphire Town, follow the river upstream to visit Topaz Mine Town. Once a bustling place where miners working at nearby Topaz Mine would come to relax and enjoy themselves, now that the Navy is occupying the island and running the mine it has become run-down and all but abandoned. Most of its remaining inhabitants harbor a grudge against the Navy, presumably for stealing both the mine and their livelihoods.

Our next stop requires a long hike so gear up now: we’re going to climb the famous Topaz Mine, the highest peak of Prison Island! The view of the enormous shining green gemstone nested on top of the mine is worth the effort, believe us. Excavating the mine's ore was once the island's primary industry, but the Navy has since assumed total ownership over the mine and now monopolizes the entirety of its resources.

Climbing down from Topaz Mine by the north face, we will now pay a visit to the island’s Graveyard.

Back when it was still known as Jewel Island, a tragic war over the island's Dyna Stones took place between the islanders and pirates. Thanks to its warm climate, the Graveyard contains many beautiful lavender flowers, almost as though they grew to mourn the many lives that were lost in the war. The island’s former leader is also buried here, and even today there are those who visit her grave regularly to pay their respects.

From the Graveyard, we suggest you backtrack to Sapphire Town and turn to the north to continue your visit to the Jade Bridge.

This major bridge connects all three of Prison Island's sub-islets. The Navy has turned the protective wall in the bridge's center into a checkpoint, making this bridge the first hurdle for any pirates seeking to deal in smuggled weapons in Steel City. Please remain calm as you go through the fortress and take the left exit to enter a very typical village from Prison Island.

Ruby Village is a small agricultural village located in the northwest part of the island. The people that still live here have been left behind thanks to the Navy taking their former mining jobs for themselves and are only just able to eke out a living.
Like Amber Harbor, the harbor to the west of the village has been overrun by pirates, which causes no end of concern among the villagers.
Before you leave, take a look at the Prison Tower – Tourmaline, a prison north of Ruby Village that juts high into the sky. It primarily houses common pirates and petty criminals.

The path to the prison is guarded by two layers of high wall, ensuring that nobody leaves or enters without authorization, which is good because you don’t want to! Let’s head back to the Jade Bridge to take the north road for Emerald Town.

Emerald Town is located in the island's northern area. Its stone-paved sloped paths are lined with identical-looking houses on either side.

It used to be a thriving place as the island's sole post town, but that was before the Navy occupied the island and turned the town into a barracks for its sailors.

Today, the only islanders who frequent this city all belong to the same household.

The Emery Plaza located to the eastern part of the Emerald Town is a very special place for the islanders. Back when Jeanne’s mother used to govern the island, this is where they would gather to express their opinions and settle their concerns amiably. Today, it is rare to see anyone here at all.

Further to the east, you will enter in Steel City. The last few years have seen major modernization efforts take place on Prison Island thanks to the Navy's occupation and an influx of World Government science and technology.

Steel City is the island's preeminent symbol of that modernization and is distinguished by its numerous skyscrapers. However, the strain caused by the city's rapid growth has also led to the creation of slums in its southwestern section.

You will probably notice the Radio Tower here, an enormous Navy-controlled broadcast facility.

While it is technically possible to broadcast to the entire island from here, non-Navy personnel are prohibited from doing so. In fact, free speech itself is prohibited on Prison Island.

North from Steel City stands a recently developed harbor built to accompany Steel City's growth, Halcum Port is unique in that it is the only area on the otherwise closed-off island that is open to the public.

All trade with other countries is conducted here, and merchant ships hoping to leave with some of the island's precious resources are constantly stationed at its docks.

A little bit further to the north northwest of Halcum Port lies Cannon Island. Its woods used to be frequented by children playing together but are now a hideout for pirates and other unsavory types that are constantly plotting ways to smuggle out Dyna Stones and other goods.

The eastern area of Prison Island is not included in the visit as it’s a Navy-only area. The Naval Base is the Navy's central headquarters on the island. Many giant battleships can be found stationed here. Though technically under Navy jurisdiction, the base's de facto authority lies with Isaac, the island's warden, though some say that he is misusing parts of the base for personal matters.

The Sea Prison – Aquamarine is the other prison on the island with the Prison Tower – Tourmaline. This maximum-security facility with seawater-filled inner chambers houses dangerous criminals and Devil Fruit Users. Coupled with its alarm system and high concentration of guards, many believe this prison to be completely inescapable.

We kept the best for the end of our Prison Island sightseeing tour with Crystal Canyon, a canyon found in the southeastern part of the island. Its beautiful brook and gorgeous greenery belie the fact that it harbors pirates and other unsavory folks with designs on the island's Dyna Stones.
The canyon's central area contains a golden gemstone in the shape of an enormous dragon.

Thank you for visiting Prison Island! We hope you had a thrilling experience while touring the island and that you will come to visit it again. This guide covers only the most iconic places around but there is much more to see and to discover around for adventurous folks. You might even be the next one to enter Isaac’s flying fortress or to walk on the mysterious Sky Island that floats way above Prison Island.

Until then, take care and see you soon. 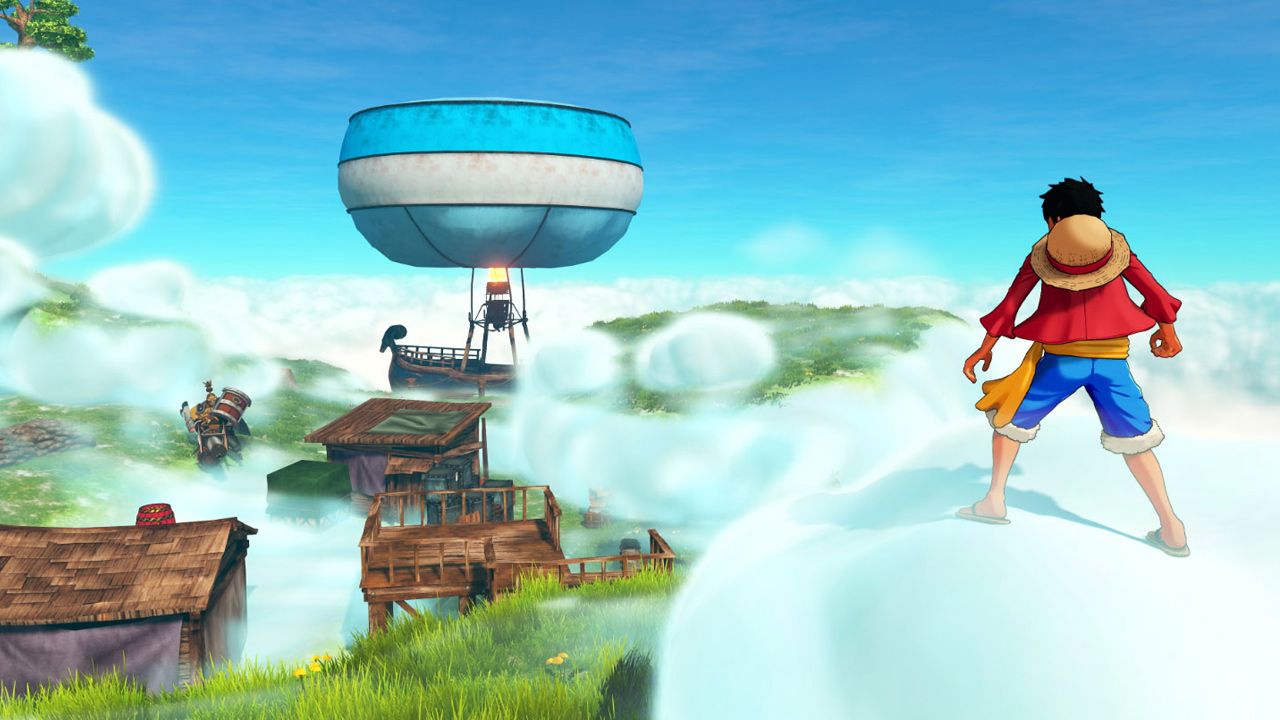 Release Date:
15/03/2019
Description:
Luffy and the Straw Hat Pirates are back in an all-new Epic story that puts players’ into Luffy’s shoes, as he battles and explores an expansive and seamless world
Platforms:
PS4
-
Xbox One
-
PC
Shop now
Learn more