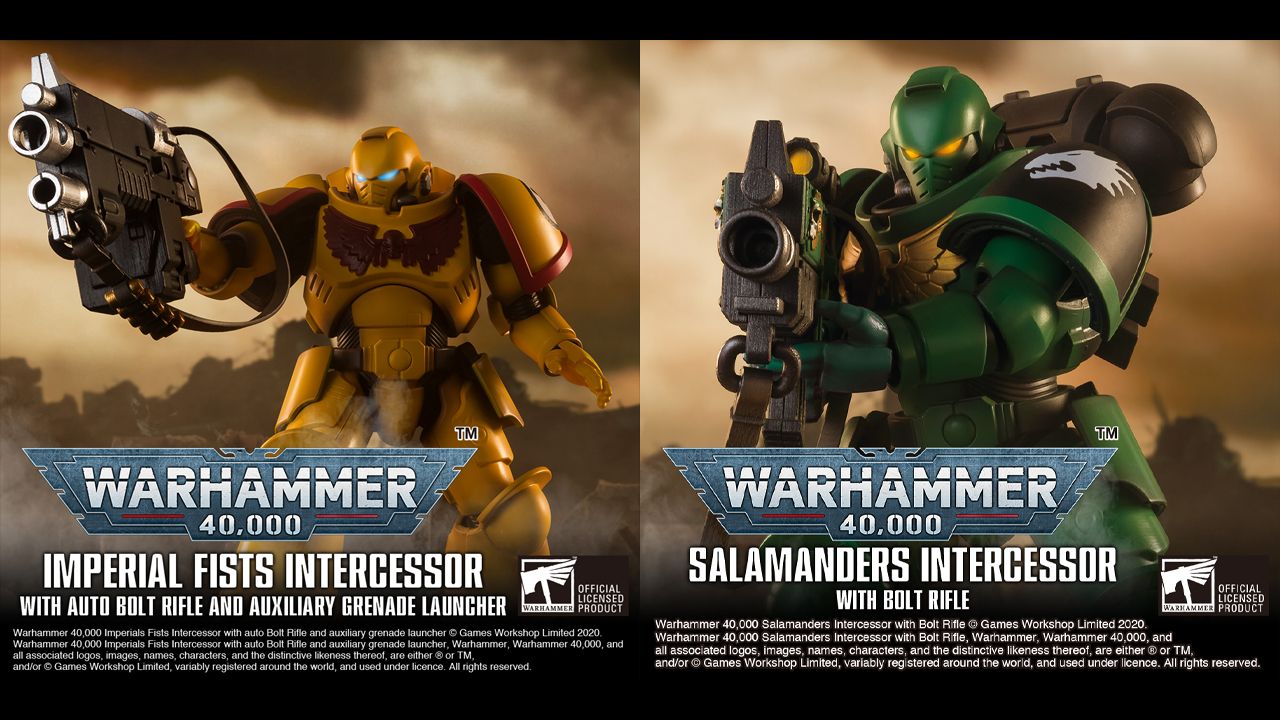 The Salamander Intercessors are the proud sons of Vulcan. They are born from a searing flame and forged in battle. They believe that combat exists as a trial to test their skill, resolve, and endurance. They serve as defenders in the dark epoch of the late 41st Millennium.

The Imperial Fists are the sons of Dorn and steadfast defenders of the Imperium. They valiantly serve as shields to the Emperor. These 18 cm figurines are already fully painted and have over 51 points of articulation that provide remarkable freedom and possibilities.

Be sure to get yours by pre-ordering on the e-commerce store here before October 10th! Only ordered quantities units will be manufactured and both figurines are available with limited quantities.