Bandai Namco Entertainment Europe is very pleased to announce the release date of NARUTO TO BORUTO:  SHINOBI STRIKER on August 31st on PlayStation 4, Xbox One and Steam. To celebrate this milestone, new content and details about the UZUMAKI EDITION, pre-order offers and season pass are also unveiled.

The trailer reveals new content. Two new characters Gaara and Deidara are revealed in today’s trailer. Gaara the 5th Kazekage is a defense type and his Grand Sand Mausoleum attack will restrict the opponent for a limited time.  Deidara, is a ranged type, his special ninjutsu creates clones that will explode after a certain amount of time making him a deadly timebomb user. In NARUTO TO BORUTO: SHINOBI STRIKER players will be able to completely personalize their avatar with all the different costumes, weapons and accessories 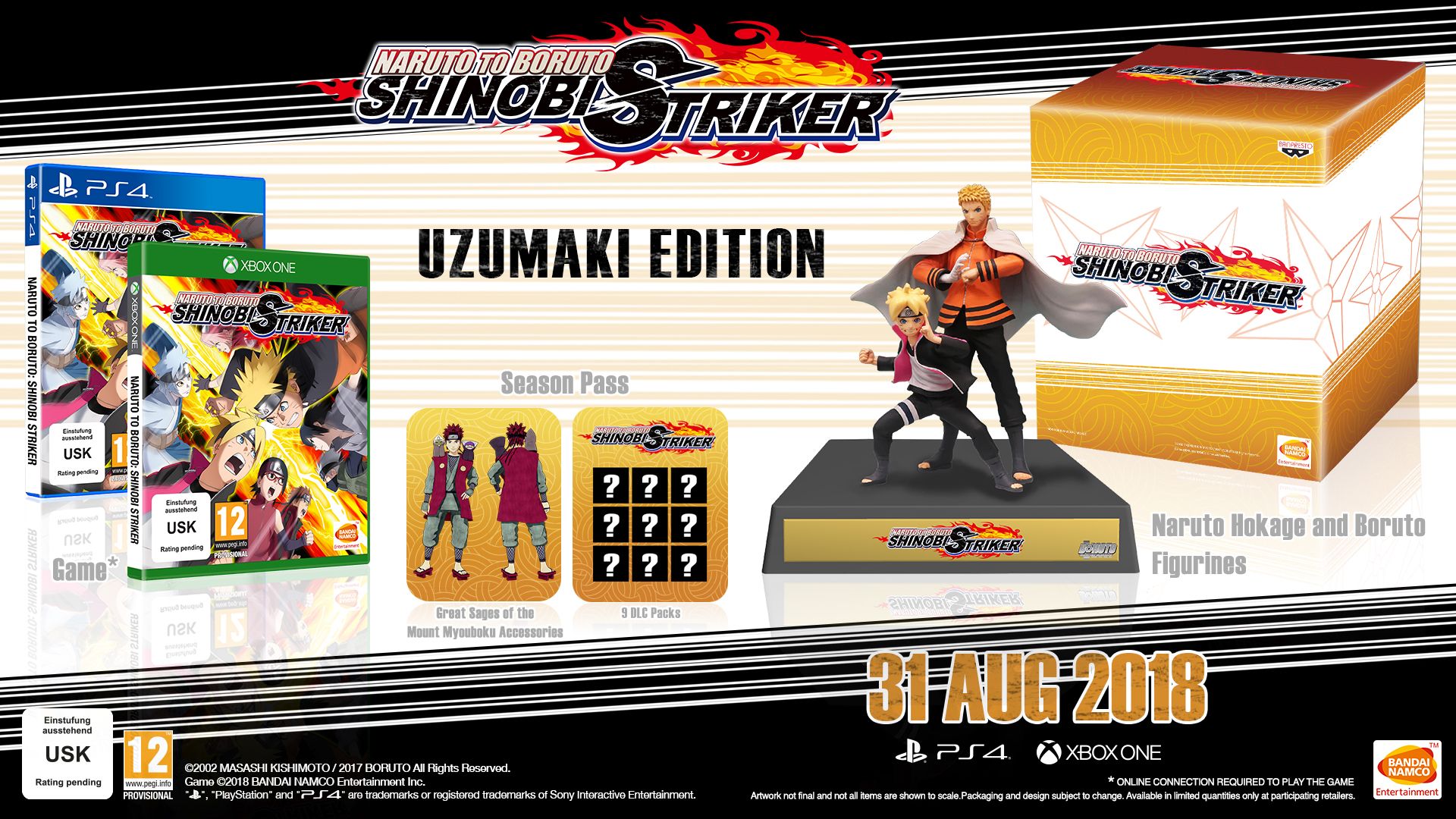 By pre-ordering the game players will unlock the Naruto 7th Hokage costume and an early access to Pain, a Master that will train their avatar.