Thank you very much for playing "ELDEN RING". In this article, we would like to introduce some useful tips for the early stages of the game. 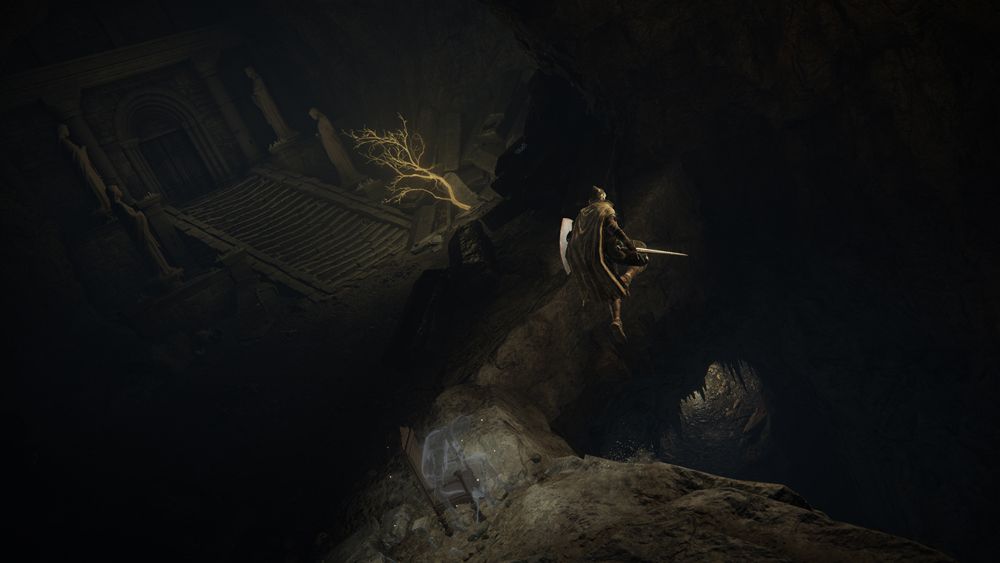 When you reach Stranded Graveyard shortly after starting the game, there is a hole on your right, next to a ghostly character. If you go down the hole, it leads to the tutorial, the Cave of Knowledge. You will not die even if you jump down so please do not be afraid.

In here, you can learn basic controls and apply combat techniques such as switching between one-handed and two-handed weapons, guard counters, and using magic (Using magic is not brought up unless the user is a magic user).

Control Instructions that appear on the left of the screen: 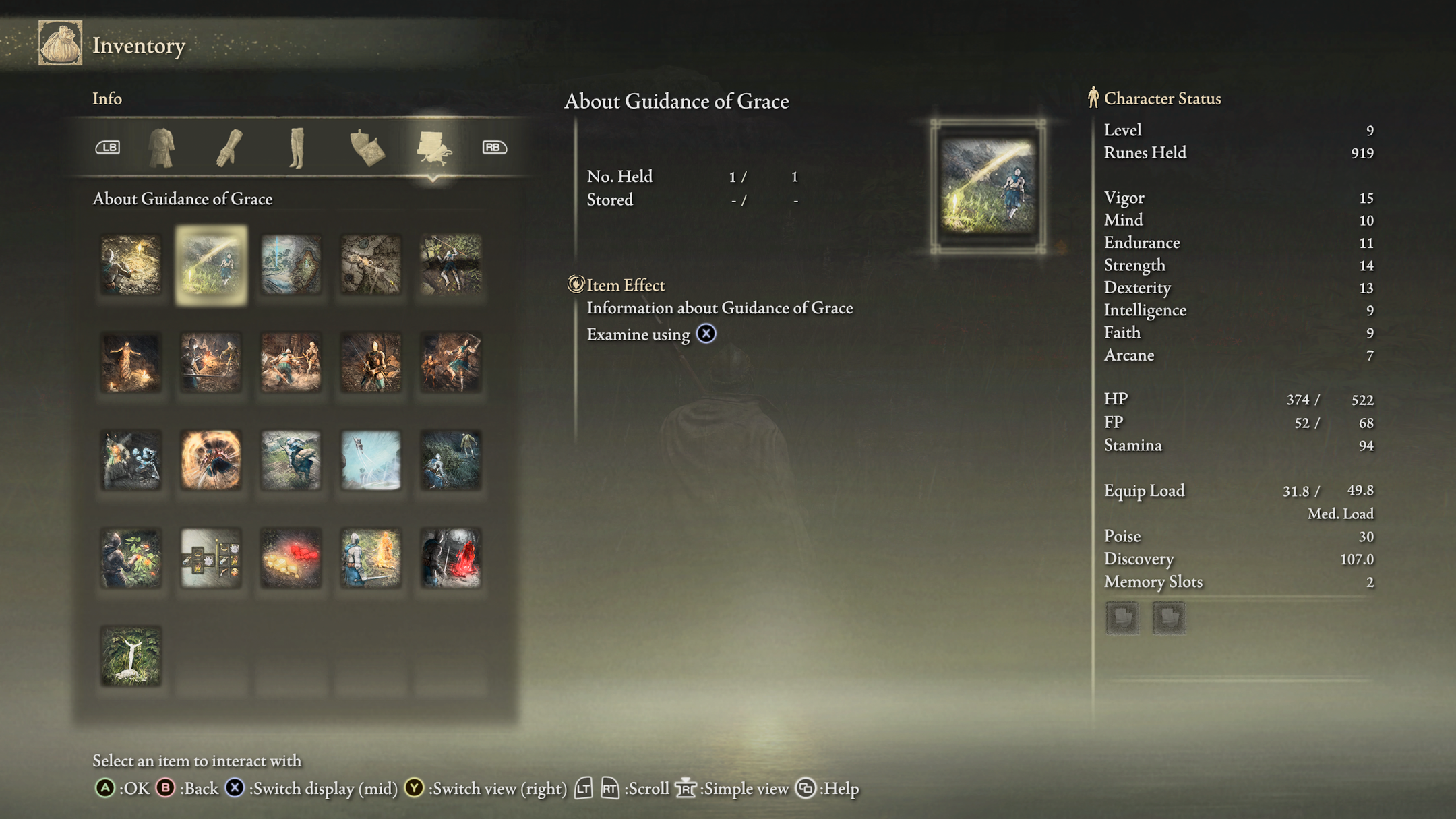 Once you finish each tutorial segment, you can read it again from the "Info" menu in your inventory. There is a lot of useful information for your adventures, so be sure to take advantage of it. Reading descriptions of other items might provide valuable tips as well. 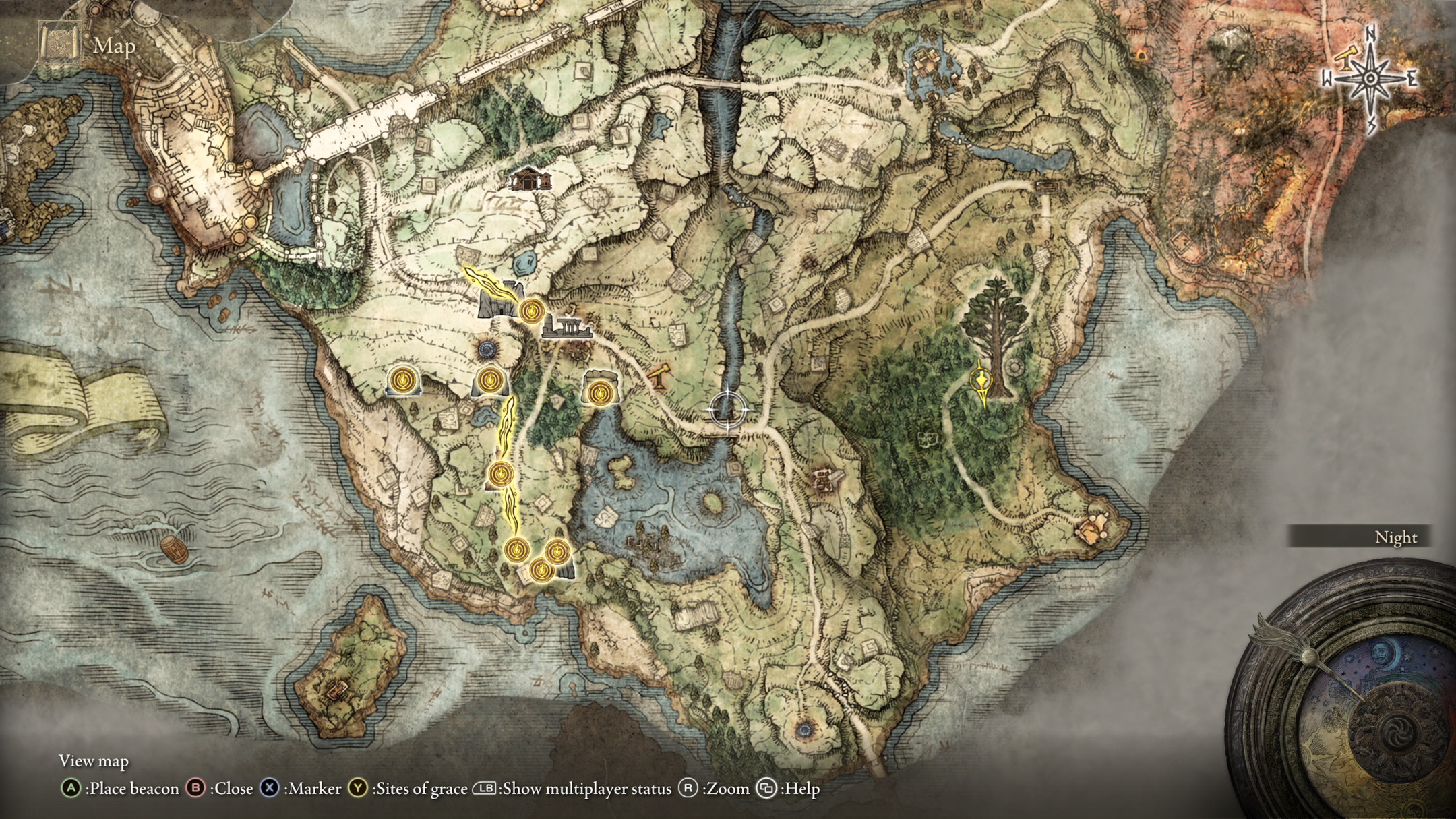 In the vast Lands Between, maps are useful in various situations, such as checking your destination and fast travel. The map can be updated with more detailed information by obtaining "map fragments". 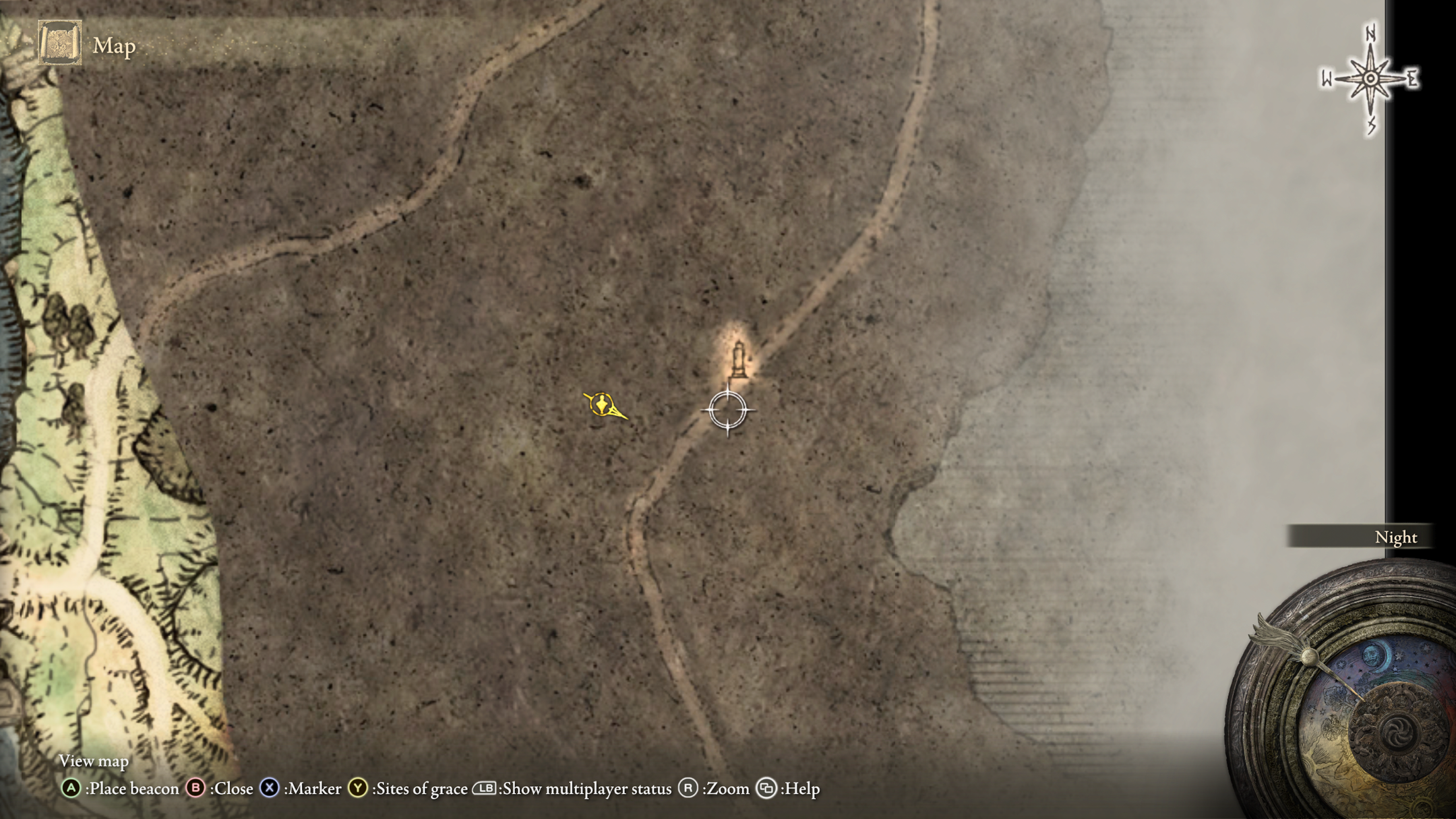 Map fragments are often located on the road, and if you are in a nearby area, you can check the map to see where the map fragments are. The map fragments can usually (in certain instances the maps are found on dead bodies (Siofra, Uhl Palace) be found at the locations of faintly drawn stone monuments.

You can also add your own markers to the map – to remind you of monsters that are too powerful for you to beat (for now), hidden caves and catacombs, merchants, and other points of interest. Other uses are to mark areas where you have defeated the Boss of that location, or areas with visible Treasure that you cannot reach at this time. 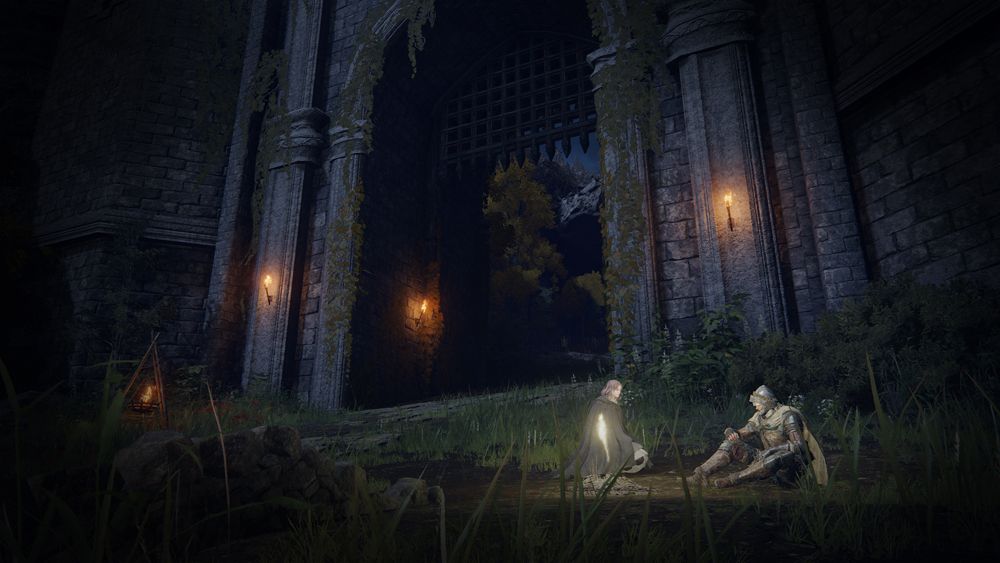 The NPC Melina will appear when you rest at Sites of Lost Grace. By accepting Melina's accord after you’ve found a few of these Sites, you can get the Spectral Steed Whistle to call your spectral steed, as well as the ability to level up by spending your hard-earned Runes. 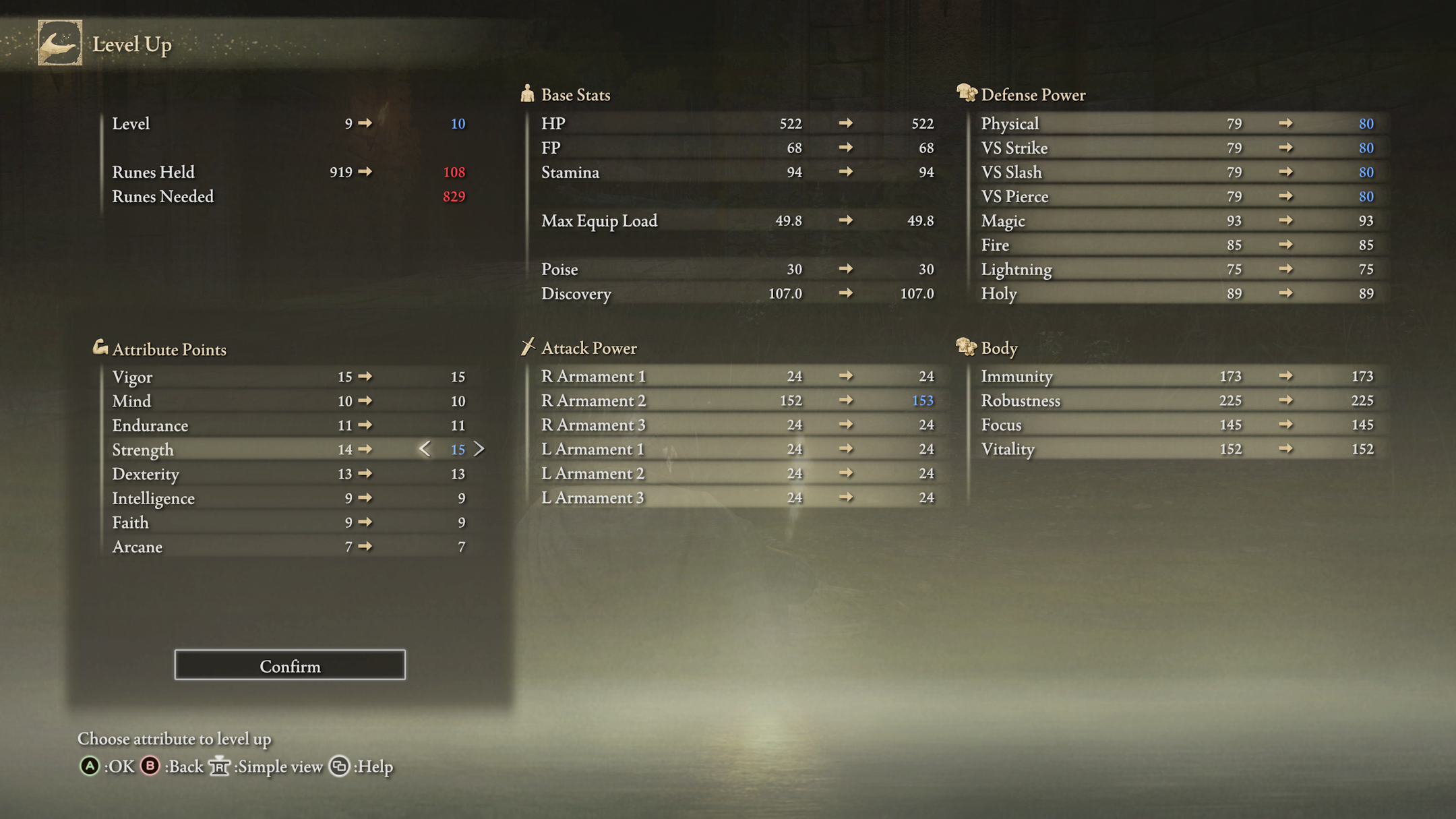 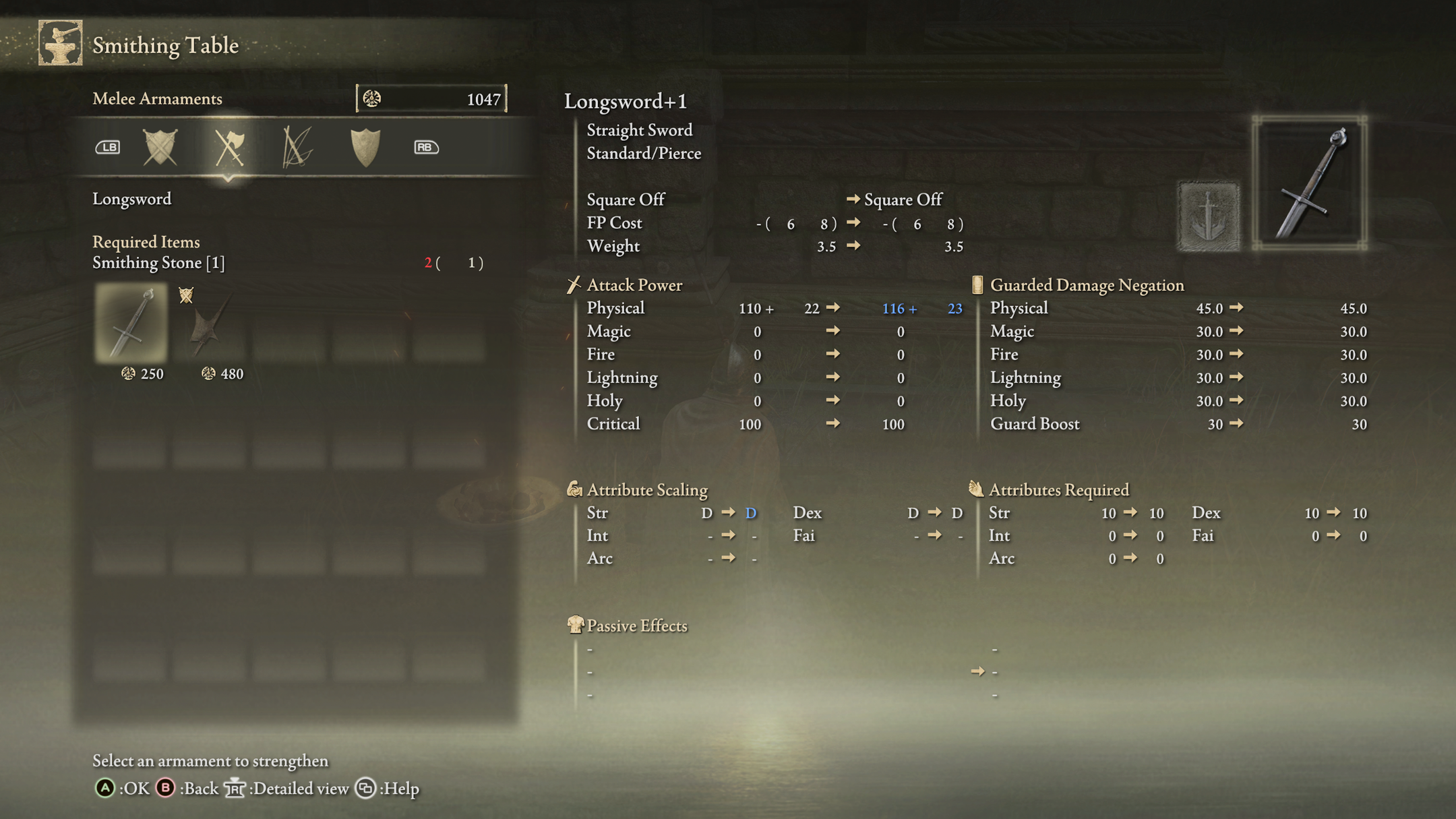 The player's weapon can also be enhanced. Use the smithing table in the Church of Elleh or visit Smithing Master Hewg at the Roundtable Hold to do so. 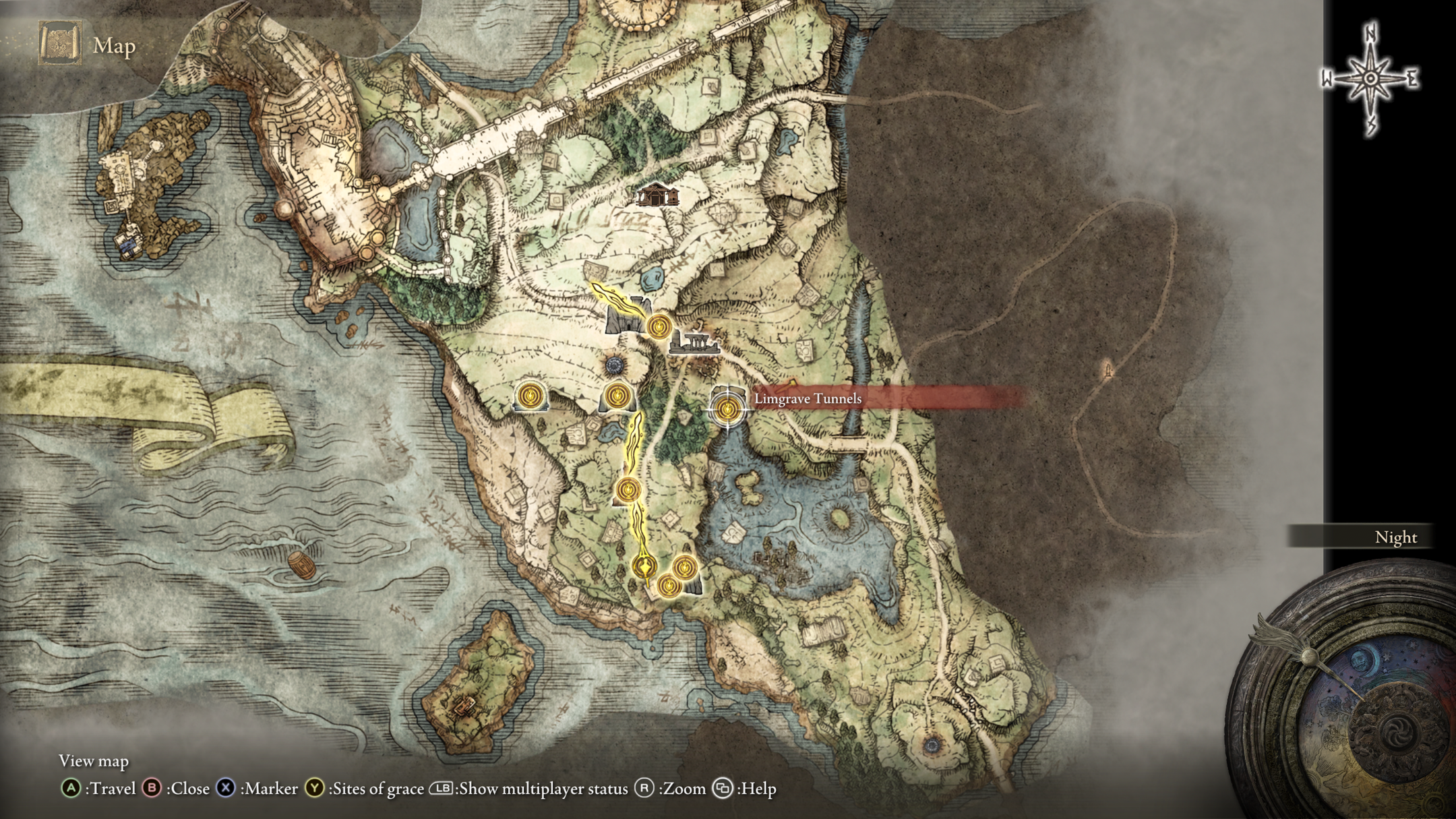 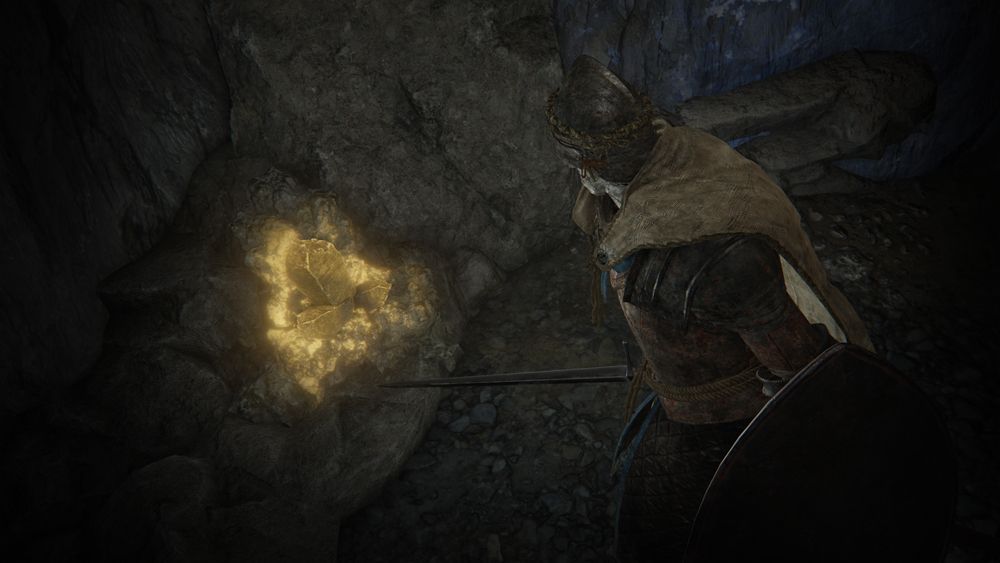 Smithing stones, which are needed for weapon strengthening, can be found in many mines and caves, including the ones at the start of the game, in Limgrave 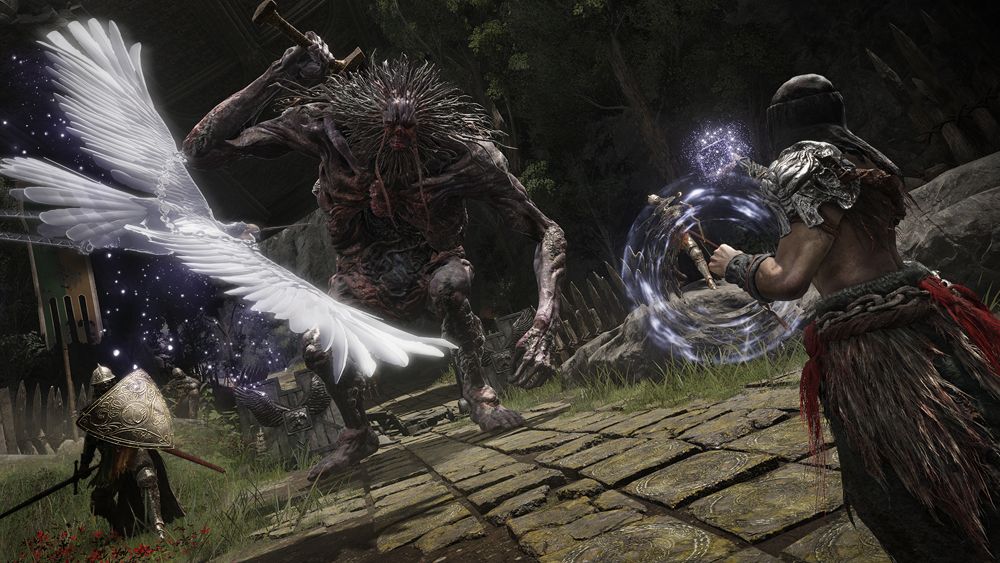 You can summon spirits to fight with you in difficult areas and boss battles. A wide variety of spirits are available to aid you in battle. 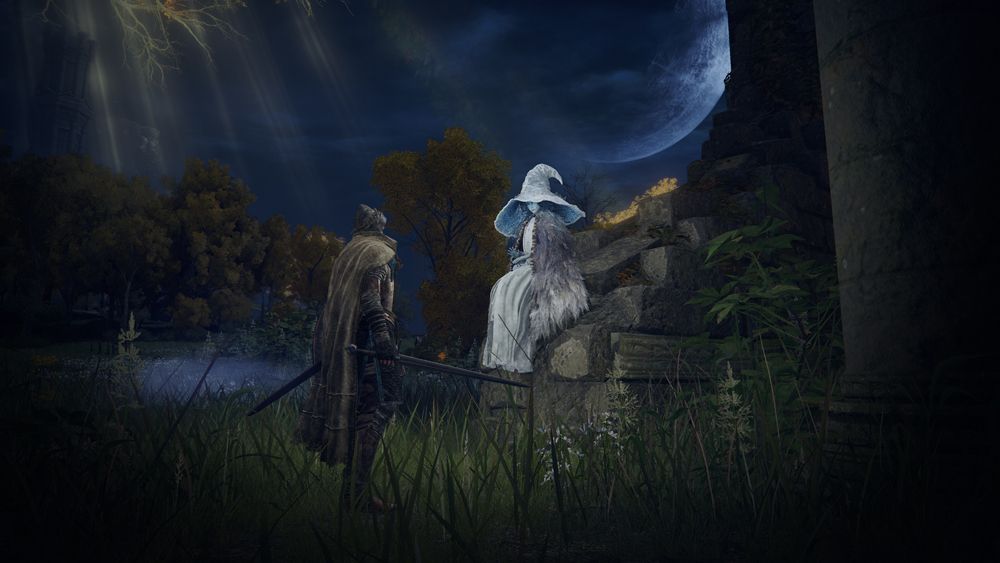 In order to summon a spirit, you need the "Spirit Calling Bell" and the ashes of that spirit. More information can be found when viewing this item in the Key Items section of the player inventory.

You can get the “Spirit Calling Bell” from Renna the Witch by going to the “Church of Elleh” on the map after obtaining the “Spectral Steed Whistle”. She will also give you your first ashes but keep an eye out, as there are many others to find in the Lands Between. If you’ve missed your chance to speak with the Witch Renna, you can then purchase this bell from a merchant at the Roundtable Hold. (This is for players who have been invited to the Roundtable Hold before speaking with Renna). 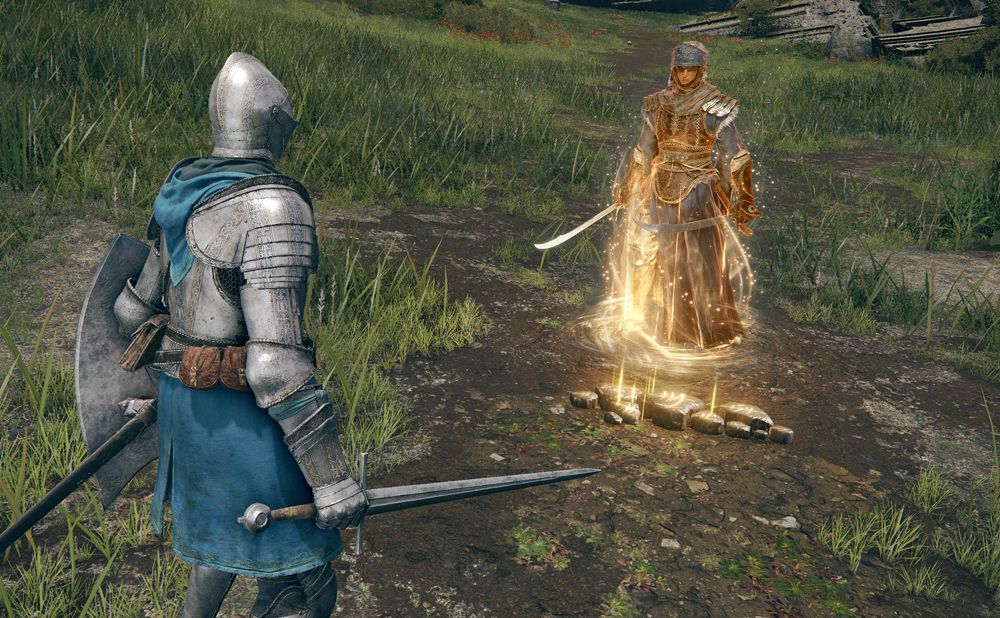 You can summon other players as allies by using the gold signs scattered around the map. The signs become visible in your own world by using the “Furlcalling Finger Remedy”. Players can check hotspots on the world map by selecting the “Show Multiplayer Status” option. 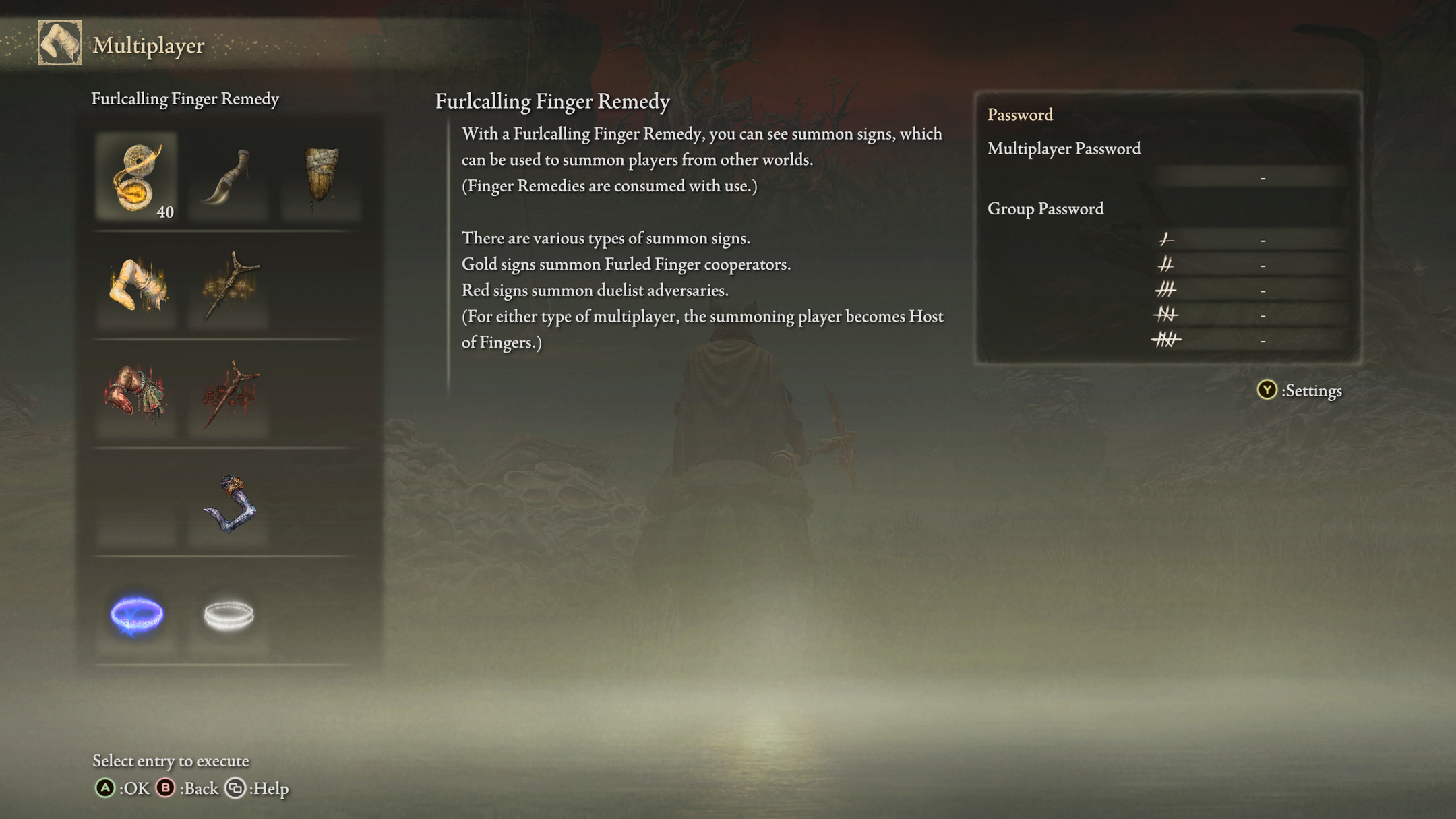 In addition to being available in the field, and as multiplayer rewards, you can also purchase a “Crafting Kit” from Kalé, a nomadic merchant in the Church of Elleh, to make a "Furlcalling Finger Remedy" at any time. 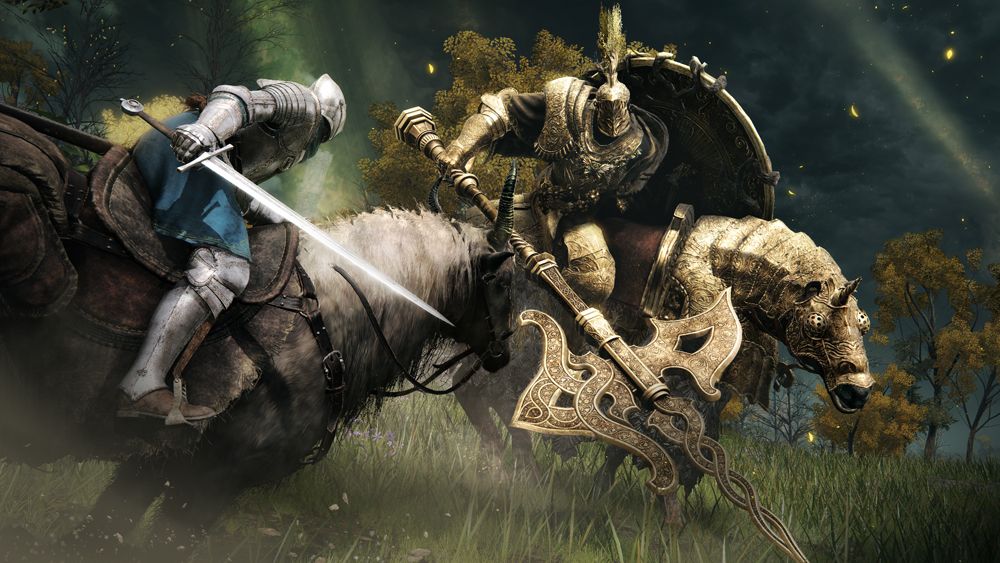 In the Lands Between, there are many powerful enemies waiting for you. However, you don't have to take down all of them. The order in which you fight them is also up to you. For example, Tree Sentinel in Limgrave is a very tough opponent for the beginning of the game. Instead of fearlessly confronting him, you may want to just let him pass you by at first, and then challenge him after you have strengthened yourself through adventuring. 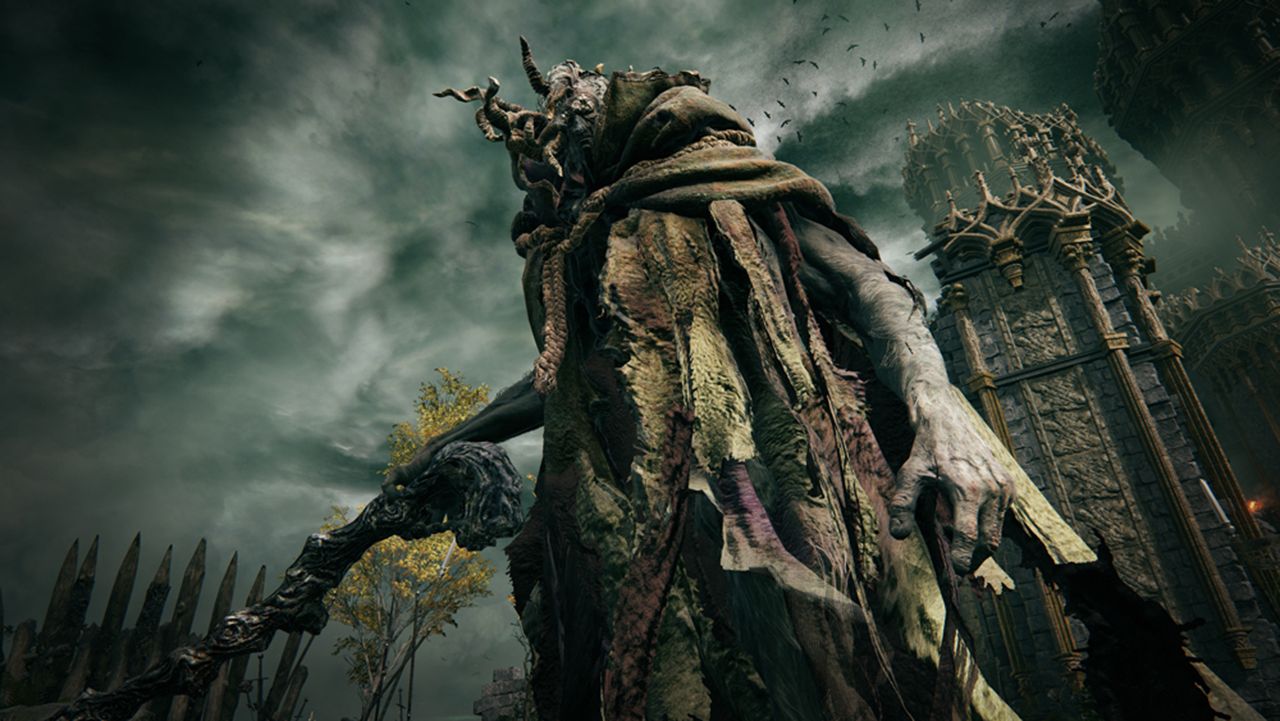 Margit, the Fell Omen is the boss that confronts you in front of the gates of Stormveil Castle. He is a powerful boss, but there is an item that can temporarily neutralize him. This item, "Margit's Shackle" can be purchased at the store opened by an NPC at Murkwater Cave. Using "Margit's Shackle" will give you the upper hand in this battle. In addition, you can also summon spirits, NPCs, and other players to help you find a way to win.

That's it for the tips this time.

Many threats await you in the vast Lands Between. We hope that you'll take advantage of the many strategies available to you and explore the land freely.

We hope that you will continue to enjoy ELDEN RING.

For more information about ELDEN RING, check the latest news!