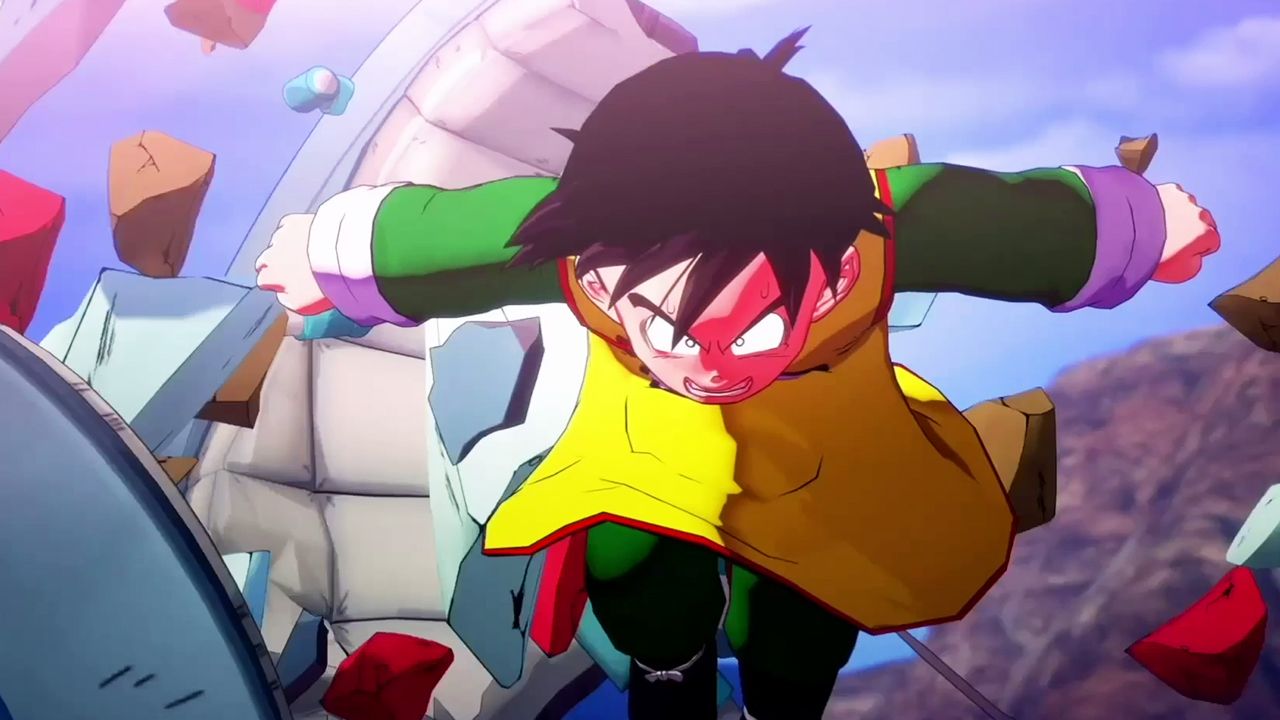 DRAGON BALL Z: KAKAROT is an Action RPG where you can take control of the legendary hero, Kakarot, better known as Goku.

Today, let's take a look at how these characters are introduced in the game.

Let's start off with Krillin.

Krillin can use the Solar Flare to blind and stun enemies within a certain range. The Distructo Disc tracks the enemy and is easy to land. This move will come in handy for connecting combos.

Next up is Yamcha.

His Spirit Ball has a strong homing ability, and with multiple hits, it can restrain the enemy for a long period of time. Yamcha can also draw an enemy's attention, keeping you out of danger, or if you simply want to open up a group of enemies to connect a powerful Kamehameha beam.

Tien can also use the Solar Flare to stun the enemy. But be sure to also utilize the Tri-Beam to dish out some serious damage.

Chiaotzu can use his Telekinesis to restrain the enemy. This effect lasts for quite some time, so take advantage of this opportunity  to land multiple combos.

Along with the unique skills that each Support Character brings to the table, these characters will also be fighting alongside Goku during combat, and will take certain actions depending on your play style.

For instance, they may help you connect combos, launch a rain of Ki Blasts, or recover your health and energy.

You can also launch a Z Combination attack with your support character to trigger a flurry of powerful blows, followed by a massive Energy Blast.

Now, let's answer the biggest question you've been dying to know: Yes, you'll be able to take control of other playable characters other than Goku during your adventure!

Playable Characters can be controlled not only during combat, but on the field as well.

So, enjoy hunting, eating, interacting with NPCs, or simply traveling as your favourite heroes.

There are also some Sub Quests that can only be triggered when controlling a specific Playable Character.

First off is Goku's son, Gohan.

Gohan is highly proficient in hand-to-hand combat. Connect your combos with Short Range Skills to take away the enemies health and finish them with the Masenko.

Piccolo has high Health and good Defense against Ki Attacks. With the Explosive Wave, he can create a wide-range blast around himself. This is very useful when there are multiple enemies crowding your space. His iconic Special Beam Cannon is, of course, a very powerful Special Move.

Vegeta, has a preference for Ki-Blast related attacks. His Multiple Energy Blast launches a rain of Ki-Blasts towards a targeted enemy. This is useful for one on one fights, as well as taking down several enemies clustered together.

In the first of a planned series of videos delving deeper into each game element, we cover three of the core concepts of the game – including story, battles and exploration

That's all for today but keep your scouters on the lookout for our next videos on DRAGON BALL Z: KAKAROT

And get ready for the full version of the game coming in early 2020 on PC, Xbox One, and PlayStation 4.