Dragon Ball FighterZ Championship: In the East US, the DBFZ community keeps it real

Let’s focus on East US today!

“What’s up guys, this is Spooky on the mic”. Long before there was even esports, there was a guy in his basement with a lot of gear and a lot of passion for fighting games. This guy was Victor "Spooky" Fontañez, and in stark contrast with a lot of competitors at the time, his game of choice was part of the anime fighters genre. Based in Brooklyn, he would become the voice of the East Coast fighting game community, before it was even called the FGC. See, while the West Coast was striving to make the scene more and more professional and organized, Spooky was making it live before the eyes of the whole world. Of course, there were tournament organizers, good players, and games to look at, but he was focused on making sure that the worldwide community could enjoy the matches of every tournament in his area. To think he started long before there was even Twitch, and had a hand in making the platform what it is today. By simply being upfront with the platform when they asked what they could do to make him go to Twitch, at a time when he switched to Upstream, he influenced the way the streaming site handles large viewer counts.

When the arcades lost a bit of their charm and appeal, when the legendary Chinatown Fair Family Fun arcade closed down shortly, the greatest fighters would still be invited to participate in the TeamSpooky streams. And they started to become legendary on their own. Spooky’s ambition pushed him to learn on the fly how to provide the greatest entertainment surrounding fighting games. He went on to host the Next Level Battle Circuit, the greatest rankings of the region, on Wednesday nights as well, keeping the tradition of a good old West Coast/East Coast showdown as the Wednesday Night Fights were also on the same schedule.

But there was and always is a fundamental difference between the West and the East. The pride of the East Coast is to keep it real and honest all the way, even if it could seem unprofessional. If there’s a stream problem, it’s explained. If there’s a fight, it’s shown. If there’s anything going the wrong way, it’ll be part of the show. Because in the East, they tell it like it is, and what you see is what you get. But don’t think the feud got too far: TeamSpooker went on to direct the EVO stream starting in 2011, and the West Coast and East Coast rivalry is always kept as a fun way to create hype for an event. At the end of the day, it’s all love for the fighting game community. 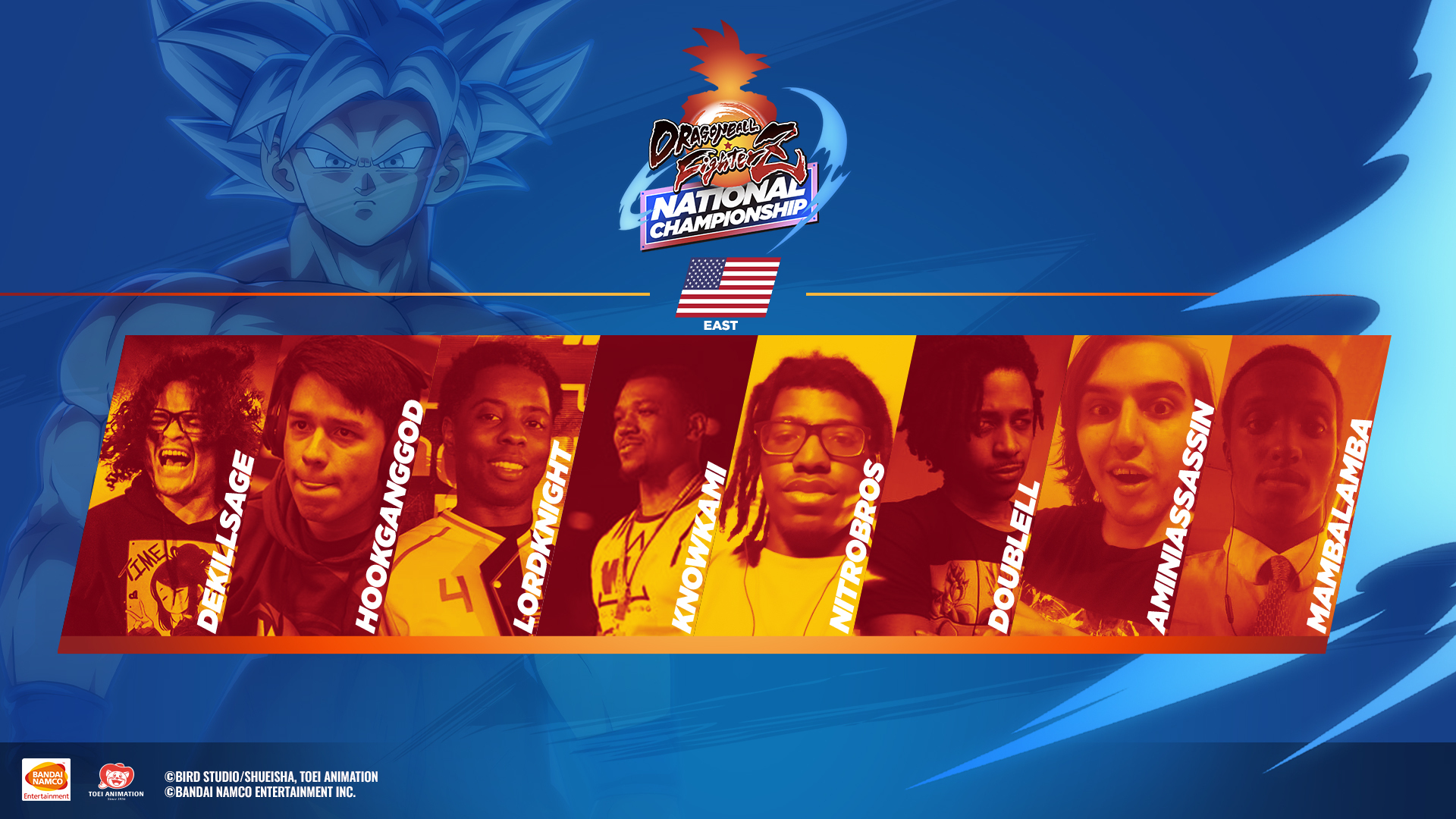 Do as you please

Still, the example set by Spooky was a great influence on the local scene. Anime games were more present in the East than in the West, but the same 3v3 infatuation existed on both sides as part of the American culture as a whole. What the East had and always has is a sense of spectacle, of showmanship, that is quite unique. You can see it in the passionate commentaries of Michael "Yipes" Mendoza, the playfully loving charisma of Joe "LI Joe" Ciaramelli, even the unapologetic attitude of Christopher "NYChrisG" Gonzalez.

So when the time came for the scene to embrace Dragon Ball FighterZ, they did it so with the same sense of showmanship that brought them there. Johnathan “Bum1six3” Farley found new success by being the best place to level up for new faces as well as known names in the community. His House of Chaos took an important role for DBFZ, as it became a middle ground: The new fighting game players, attracted by Dragon Ball Z first and foremost, could sharpen their teeth there and make themselves known right before taking on the legends at the NLBC. And with his sunny and friendly attitude, Bum naturally and rightfully took his place as one the greatest new voices for DBFZ.

It is in this context that new players emerged. Aminiassassin, NitroBros, Lord Knight, and all had the luxury of progressing step by step, surrounded by players that would never let them stop grinding so they could have new rivals. HookGangGod, known as an online warrior before Dragon Ball FighterZ, decided he was too talented to not allow himself to go to tournaments and show his skills to the rest of the world, his Piccolo becoming one of the greatest threats in America. Dekillsage, known before in smaller communities and long time friend of one of the best players in the world SonicFox, also started to compete more often, and became one of the hypest players to watch. His instincts forged from battling in a lot of titles and with a lot of different players seem demonic at times, and the Broly he cultivated is regarded as one of the best in the world.

The East has the biggest personalities and have never been afraid to show them, or even make them clash. The grassroots spirits of the arcades are still really engraved in the code of the local community, as Spooky was never one to shy away from it. Maybe that was what he intended to say when ending his streams with the iconic, and now traditional, “You’re all free now”: Free to behave however you want and still become the best there is.

Dragon Ball FighterZ Championship: In the East US, the DBFZ community keeps it real
close