Did you know that, after Japan of course, the biggest consumer of manga and japanimation is… France? In this country, Dragon Ball and Dragon Ball Z are one of the biggest cultural influences, as the anime aired on television in a show called “Club Dorothée” at the end of the 90s for all kids to enjoy. Naturally, as these kids grew up to become part of society, the French culture became more and more linked to the Japanese culture surfing the same wave.

In stark contrast though, the world of fighting games never saw France as one of the countries to look out for. Sure, some players did great on titles like SoulCalibur, and Olivier ‘Luffy’ Hay became the EVO Champion for the year 2014 on one of the main titles of the competition, but it still wasn’t enough for the rest of the world to consider France as a breeding ground of fighting games champions.

This changed when Dragon Ball FighterZ came around. The title has been known to unite communities from different games around it, and the licence is immensely popular in the Land of the Baguette for sure, but the first season was mostly about seeing known names from within the country. Whiteblack dusted off its 3v3 knowledge and likeable personality for some tournaments and hype matches, while Alioune - also known as “the senseï” - started to provide the world with insights on the game mechanics and never-before-seen combos that even your favorite players have copied… But this was expected. Guaranteed even. Those are the names in France you are sure to see when a new fighting game is released. 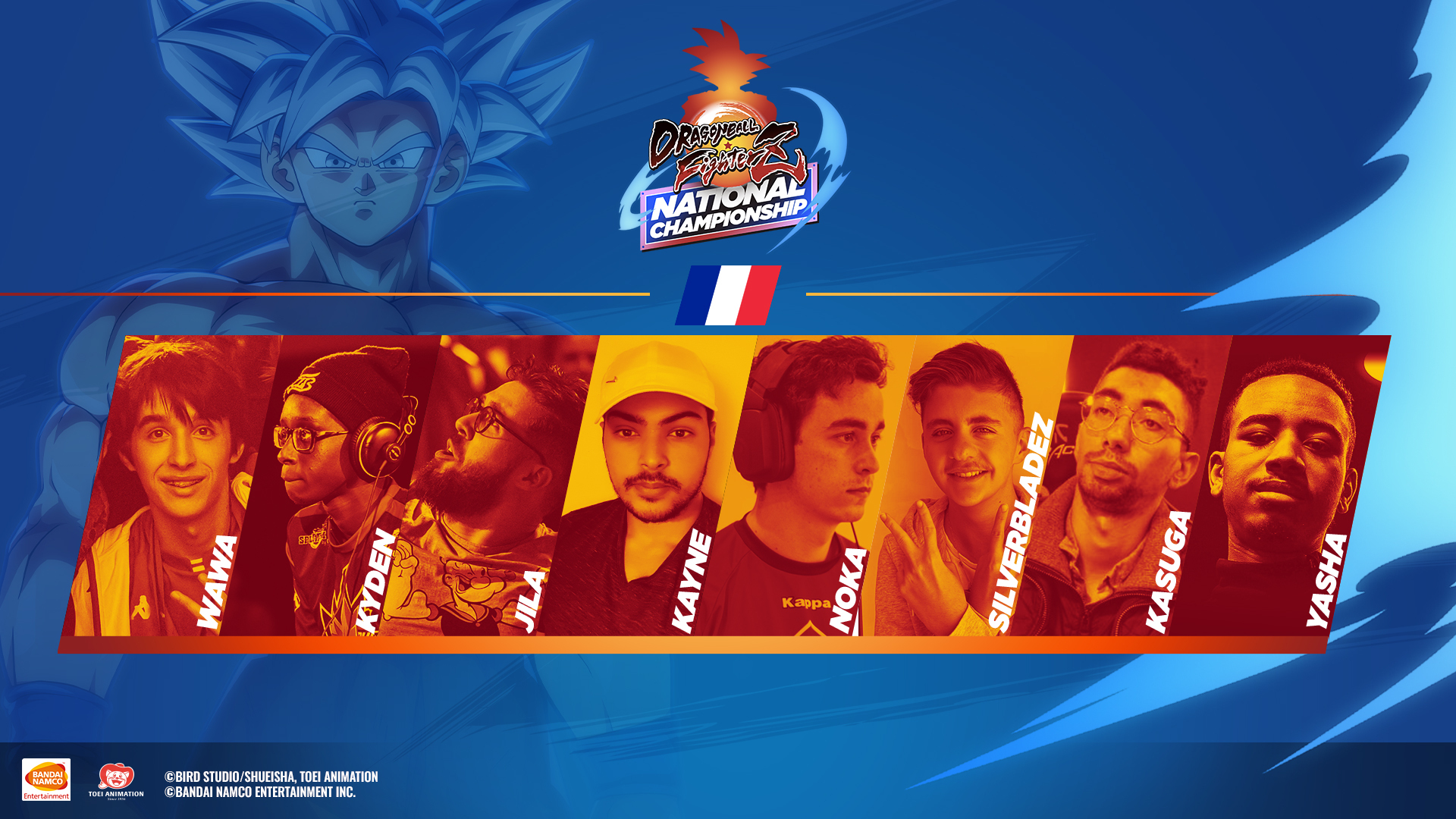 All it takes is a community

Everything changed for Dragon Ball FighterZ in France during the second season of the game. Motivated by the uniqueness of the latest title from Bandai Namco Entertainment and Arc System Works, a lot of fresh new faces started to grow in the local fighting game community during the first season. Elfrid Sandre, that most of you know as RZA (yes, it’s an homage to the RZArector), and Norman ‘Flash_No47’ Da Silveira started organizing online and offline tournaments under the name Yuzu Gaming, and even sponsored a few players in different titles. They grinded it out, inspired by their experiences as competitors on tournaments from all over the globe, to provide the same level of quality to their french brothers and sisters. From there, they went on to be one of the associations helping to put on the Ultimate Fighting Arena (or UFA) in France, which became the biggest tournament in Europe in just about 2/3 editions. But don’t you dare think they’re not close to the community: RZA and Flash are also the two guys that will scream the loudest from the crowd.

The organizations were there. All that’s missing were players. It didn’t take long of course to see the French battling it out to see who was the best within that circuit, but it takes way more effort to shine on the big stage. But see, during all this time, the Host with the Sauce that you all know and love, Damascus, had his eyes on a little talent that was starting to make heads turn. And he was convinced that the kid had what it takes to be one of the greatest, so he nurtured him and helped him find what he needed to show himself to the world. This is the moment where you all probably already have a name that’s popping up in your mind of course. A name that’s already been chanted so many times and so loudly by the crowds you’ll never be able to erase it from your mind. The French prodigy that put France on the map: Wawa.

Who would have thought that Base Goku was actually one of the greatest characters in the game? Who would have found so many ways to utilise the Genkidama, a move as powerful as it is hard to set up? All that within a team surrounding an Adult Gohan that was consistently showing off the best combos Dragon Ball Fighterz allows only to those who have the talent to do them. Only 18 during the second season, Wawa was already proving that he had what it took to take down any opponent. But best of all, he was also just the nicest kid you could ever have in a tournament, his shy personality never going against his love for the game and the community. A person that could rally any spectators to him for any of his matches.

Talent breeds talent. As the opportunities to battle grew in numbers, so did the number of players with the World Tour trophy on their sights. Galvanized by the presence of Wawa on the international stage, French players started to take the game even more seriously, and grew in maturity and knowledge so much they started to beat Wawa consistently. Players like Kyden or Jila proved week after week, in the France rankings or on online shows like Wanted, that they could be the best in the world. So much so that during the last UFA 2019 that was jam-packed with players from all over the world, SonicFox from USA and Tachikawa from Japan included, the grand finals opposed Wawa to… Kayne, his usual sparring partner.

France is now not only on the map for Dragon Ball FighterZ, but its players are also at the forefront of the competition. No wonder the French National Championship is regarded as one of the hypest to watch.