Continue your adventures in the CODE VEIN universe with the first additional content release!

This new DLC will introduce a new side story culminating with a brand new boss fight against the frightening Hellfire Knight. As well as being able to tackle this new threat, players can access a new blood code, three new weapons and alternative partner costumes. Players will also be able to sink their teeth into new challenges awaiting in the Depths – The Fiery Oblivion – a new area packed with powerful enemies. 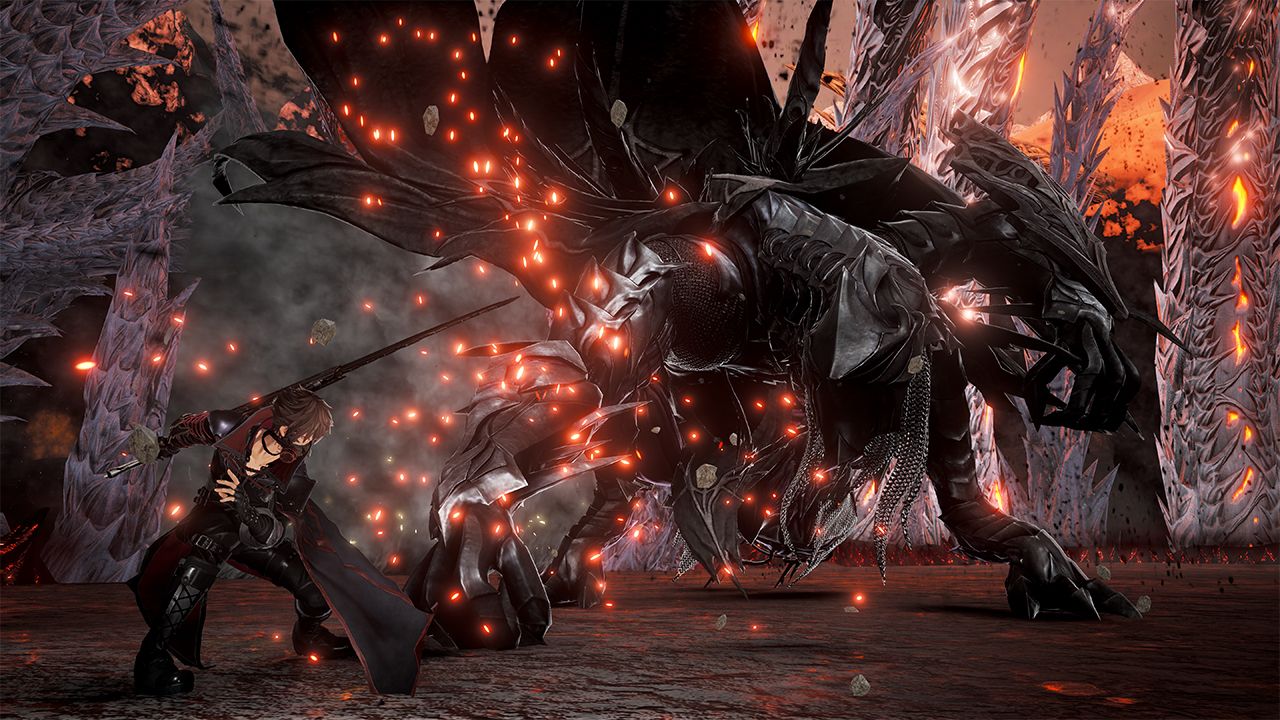 Obtain bonuses by completing the conditions assigned to the “Horror Hunting Trials” during the battle against “Hellfire Knight”.

Check the conditions and employ your best strategy to unlock the corresponding desired bonuses.

Explore “Fiery Oblivion”, a new field in the Depth!

New dry rocky area with many enemies to defeat:

It is possible to obtain a fragment of “Achilles”, a new blood code in “Fiery Oblivion” with various monsters.

Obtain the blood code by collecting and repairing all the fragments of the Vestige core.

“Memory Echo” of a “Successor” who sealed monsters

After purchasing DLC1, the blood code “Asclepius” can be obtained.

By repairing the “shattered Vestiges of Asclepius” which can be acquired in the Fiery Oblivion,

the memory of a “Successor” who went to seal the monsters in the distant past can be traced.

There was also Jack from the past…

1 fragment of the Memory Echo is included in each DLC pack. The complete “Memory Echo” can be seen by purchasing all 3 DLCs packs or the Season Pass.

After purchasing the DLC, the blood code “Asclepius” can be acquired in a new room that appears in a corridor leading to “Provisional Government Outskirts” from the Crypt Spire.

In the same room, the “map of the depths Fiery Oblivion” can be obtained as well.

Show the map to Davis and Fiery Oblivion will appear in the depths selection menu.

Future DLC's will include more content to further your adventure, with DLC2 set for February and DLC3 coming in March.