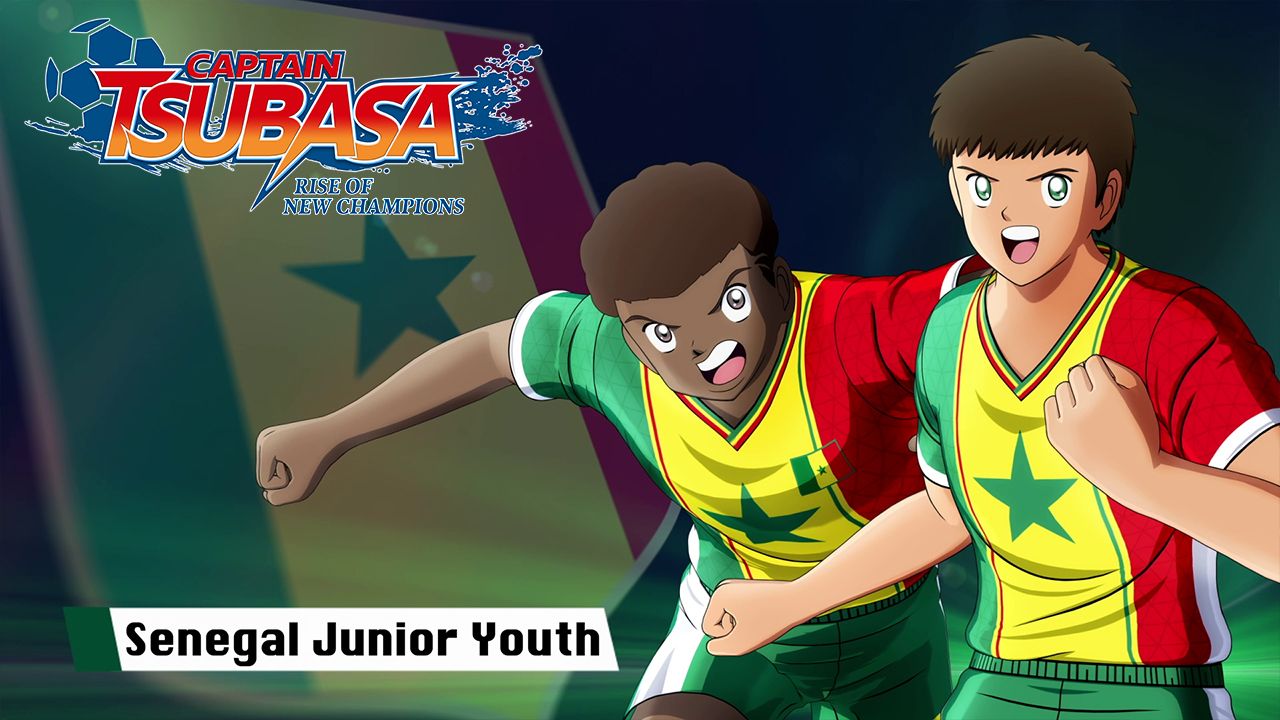 Captain Tsubasa: Rise of New Champions French and Senegalese Junior Youth walk out onto the pitch!

The greatest team in Africa with good physical ability that overwhelms opponents.
Will they create a furor by utilizing their soccer playstyle that specializes in speed?!

A midfielder who is the captain of the team representing Senegalese Junior Youth.
He can give the ball to his teammates with unmatchably-precise ball controls, but sometimes he passively plays because he is timid.

A forward of the team representing Senegalese Junior Youth.
He is one of the best performers even in the Senegal team, which has a lots of players with high physical performance.
He leads the team with heading that can hit the ball on high and with strong shots.

CAPTAIN TSUBASA: RISE OF NEW CHAMPIONS
28/08/2020
Description:
A new Captain Tsubasa game is here, 10 years after the release of the previous console game!Captain Tsubasa is a manga masterpiece, globally beloved even now in 2020. The new console game will be released as an arcade football game.