Leveraging the power of the newest generation gaming consoles, ACE COMBAT 7: Skies Unknown will blow players away with the evolution of its graphics engine. Beautifully rendered cloud-filled skies and highly detailed cityscapes enhance the sense of unparalleled speed and set the stage for the most engaging aerial battles in the franchise’s storied 20 year history. ACE COMBAT 7: Skies Unknown will provide an arsenal of ultra-modern super weapons and formidable enemies that the series is known for. 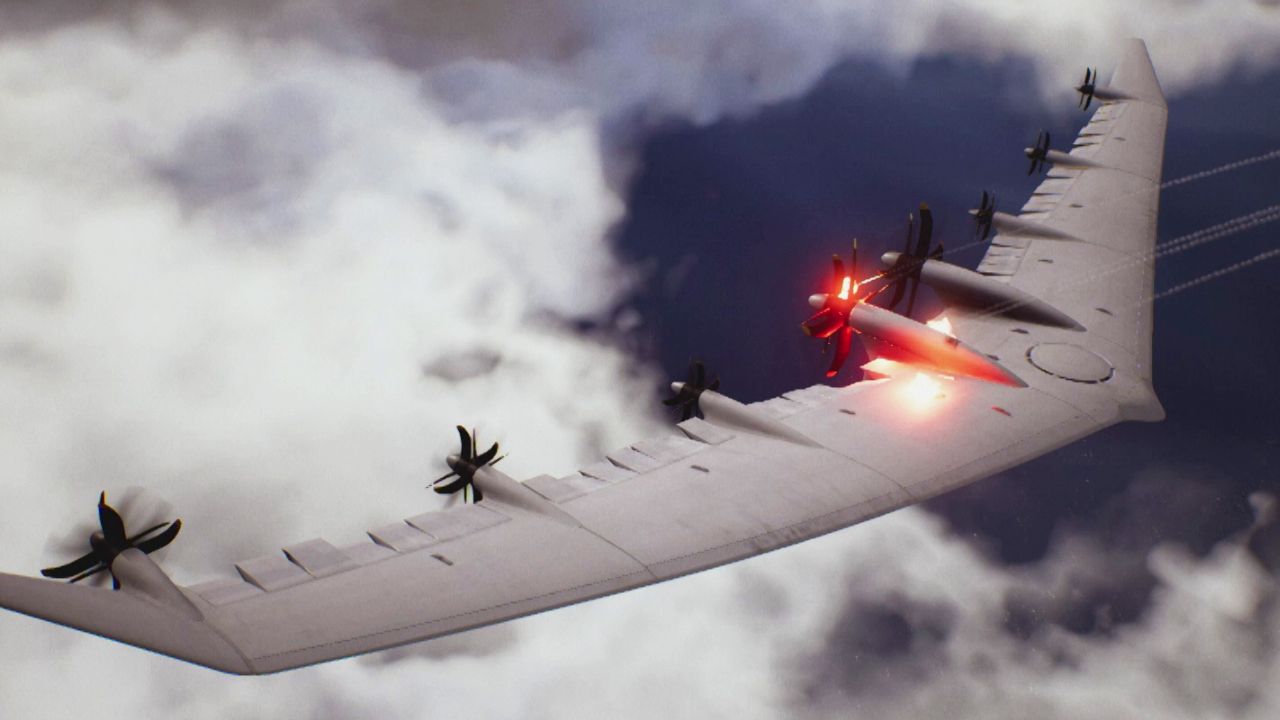 Breathtaking clouds coupled with highly detailed aircraft and photorealistic scenery makes this the most engaging Ace Combat to date.

Witness the sudden changes during your flight and strive to fight the environmental conditions to take advantage over your enemy.

The alternative Ace Combat universe composed of real-world current and near-future weapons, but with a history steeped in Ace Combat lore.

The Collector’s Edition, which will be individually numbered, will contain:

Get ready for every upcoming DLC! Sign me up!

The 6th add-on included in the season pass for ACE COMBAT™ 7: SKIES UNKNOWN. This add-on allows you to play the new mission "Ten Million Relief Plan."

The 5th add-on included in the season pass for ACE COMBAT™ 7: SKIES UNKNOWN. This add-on allows you to play the new mission "Anchorhead Raid."

The 4th add-on included in the season pass for ACE COMBAT 7: SKIES UNKNOWN. This add-on allows you to play the new mission "Unexpected Visitor."

The 3rd add-on included in the season pass. This set includes the following:

Obtainable Aircraft:
ADFX-01 Morgan
A large multirole fighter and an experimental Belkan aircraft later completed by the Allied Forces. Loaded with equipment such as high-output lasers and multi-use air-burst missiles, it is an incredibly diverse fighter. Its codename during development was "Morgan."
This set also includes 7 skins, including the special "Pixy Skin", and the new special weapon "MPBM" for the ADFX-01 Morgan aircraft.

The 2nd add-on included in the season pass. This set includes the following:

The 1st add-on included in the season pass. This set includes the following:

Obtainable Aircraft:
ADF-11F Raven
A manned version of the large fighter developed in Erusea. Its ADF-11 nose unit is uniquely equipped with an F-type flight unit designed for combat. Its nickname is "Raven."
This set also includes 7 skins, including the all-new "Metallic Red Skin", and the new special weapon "UAV".

A Season Pass that includes six additional content packs (3 original aircraft and 3 additional missions) for ACE COMBAT 7: SKIES UNKNOWN.
Purchasing the Season Pass will give players access to a music player within the game.

We may have a solution for you!